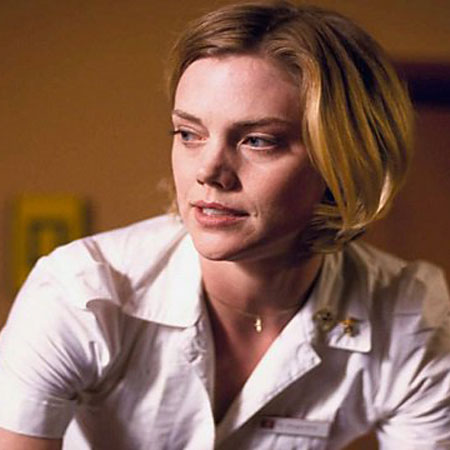 Leslie Stefanson was born Leslie Ann Stefanson on 10th May 1971, in Fargo, Cass County, North Dakota, under the birth sign Taurus. She is American by nationality and belongs to White-American ethnicity. 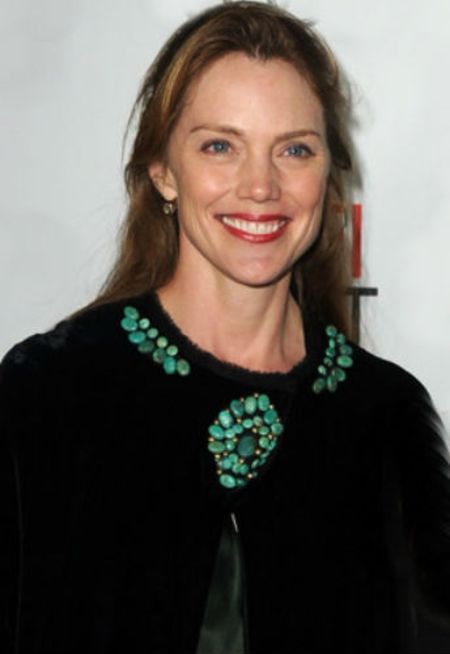 Leslie Stefanson was born to Corinne Stefanson and Randy Stevenson. She grew up along with her two siblings in Moorhead, Clay County, Minnesota.

Stefanson graduated in English Literature from Barnard College, one of the Seven Sisters colleges in New York City in 1993.

Leslie Stefanson started her professional career as a model, which gained her huge fame and success. She was represented by the renowned modeling and talent agency, Wilhelmina Models, in Manhattan.

In 1994, Stefanson appeared in the American action-comedy crime film, ‘The Cowboy Way’. Later, she was cast in a small role in a number of films including, The Mirror Has Two Faces, Fool's Paradise,
Flubber, As Good as It Gets and many others.

After some minor roles, Stefanson played the lead role in the 1999 American crime film, ‘The General's Daughter’ where she played Capt. Elisabeth Campbell.

Stefanson also featured in a number of TV series including Untitled Charles Randolph Project, Jackie, Ethel, Joan: The Women of Camelot and fa ew others.

In 2003, Stefanson was cast in television science-fiction-thriller film, ‘Alien Hunter’ which is the latest movie she did. Leslie Stefanson quit her acting career to pursue her dream of becoming an artist.

In the early 2000s, Leslie went to the Robert Cunningham studio to study human anatomy. During her four years of training, she learned to cast her own bronze sculptures.

In 2004, Stefanson made her signature bronze piece, "I Myself Alone", which she showcased at her first exhibition. Later, she enrolled at The Art Students League of New York to strengthen her drawing and sculpting skills.

Some of the greatest products of The Art Students League are Alexander Calder, Thomas Eakins, Mark Rothko, Norman Rockwell, and Jackson Pollock.

In 2011, Leslie Stefanson hosted her first show at Rourke Art Gallery Museum in Moorhead, Minnesota. She currently focuses on sculpting female figures in terra-cotta and brass.

After a crazy hiatus from acting, the actress made her came back in the spotlight playing a breakout role in the massive hit movie Glass, in 2019. The movie starred James McAvoy, Bruce Willis, Anya Taylor-Joy, and Sarah Paulson. It also grossed a whopping box office collection racking up over $247 million against its $20 million.

On The Half Way To Be Millionaire

Leslie Stefanson is an American actress, model, as well as a sculptor, with a net worth of $0.5 million. She has earned a huge amount of salary from her career.

Her movie, Unbreakable grossed $248.1 million at the box office. The movie was made under a budget of $75 million. The movie, The General's Daughter also had a good collection grossing $149 million at the box office. It was made under the $95 million. The movie cast includes Bruce Willis, Samuel L. Jackson, and Robin Wright Penn, among others. She is also a model and earns a salary of more than $70K a year.

The actress has appeared in other movies and TV shows such as Alien Hunter, The Hunted, MDs, The Stickup, Unbreakable, Beautiful, Desert Saints, The General's Daughter, Break Up, An Alan Smithee Film: Burn Hollywood Burn, As Good as It Gets, Flubber, and The Mirror Has Two Faces.

Leslie Stefanson is in a long-time relationship with American actor, James Spader. He is best known for portraying eccentric characters in films such as the drama Sex, Lies, and Videotape. 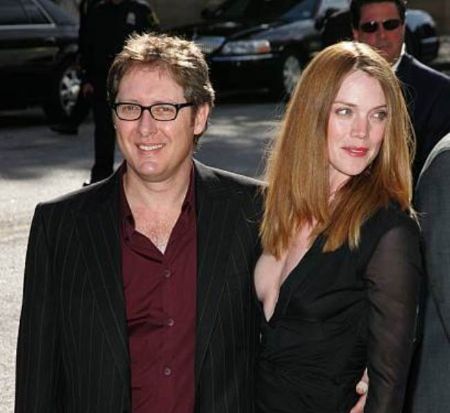 The pair began dating in 2002 and got engaged in 2008. They also worked together in several movies, ‘The Stickup’ and ‘Alien Hunter’.

On 31st August 2008, Leslie Stefanson gave birth to her first child, a son, Nathaneal Spader. She also has two stepsons, Elijah Spader, and Sebastian Spader, from Spader's previous marriage to Victoria Kheel. To this date, the couple has already celebrated 16 years of togetherness and still going strong. Currently, the family of three reside in New York.

Stefanson also had an affair with American actor and former boxer, Ryan O'Neal in 1997. They broke up shortly after.

Stefanson spent most part of her life in Los Angeles for her modeling and acting career. But now, she has been splitting her time between Los Angeles and New York City for her sculpting work.