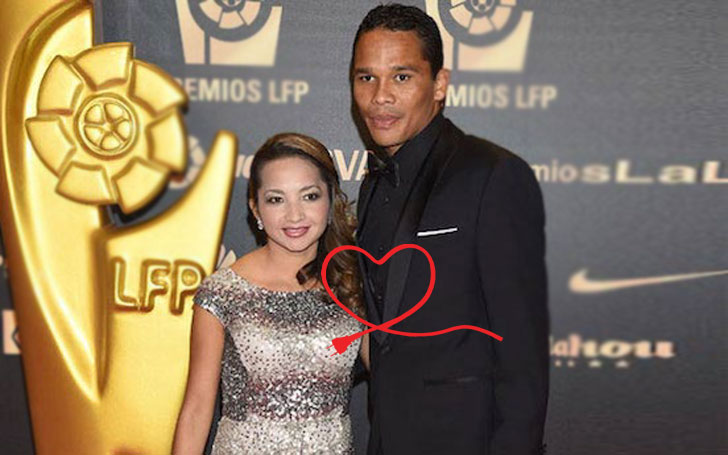 When we talk about Colombian striker Carlos Bacca, what comes to your mind first? No doubt, we think about his pace, aggression, eye for goal, and determination as a striker. The footballer ( soccer player) who currently plays for Spanish club Villarreal and the Colombia national team has impressed all his fans with his playing skills.

Carlos Bacca who is now 30-year-old is married to his wife  Shayira Santiago. The footballer's professional life is an open book, however, there are many fans who are more invested in knowing his personal life. We're discussing Carlos Bacca's married life among other details today!

Thirty years old Colombian professional footballer Carlos Bacca and his wife Shayira Santiago are happily married for seven years by now. According to some sources, the footballer and his wife got married in 2010 and currently, they are blessed with two kids; Carlos Daniel and Carla Valentina.

Bacca and Santiago are currently in their 7th year of blissful married life. They frequently make public appearances. Carlos' Instagram is full of the pictures of his lovely wife and his son and daughter. We can also see the lovely pictures of his family vacation and fun time.

The Colombian striker is a proud father. On his Instagram post on 28 March 2017, he shared a cute picture where he appeared holding his little daughter, Carla Valentina and he captioned the picture: "My Precious". For a father, nothing can be than precious his daughter. Isn't it?

Also on his next post on 4 March, the proud father shared a video of his son and daughter with a caption that read:

"We love you beautiful "

The Colombian footballer loves spending vacations with his lovely family, he often shares those vacation pictures on his Instagram. Observing his social media, we can say  Carlos Bacca shares a healthy relationship with his Wife Shayira Santiago and with his children.

Recently, it is reported that Bacca who signed for Milan in 2015 has left the club to join Villarreal for the season. He was replaced in the place of Roberto Soldado who left Villarreal to join Fenerbahce.

"The deal includes an option to buy the player once the campaign is finished."

"I want to thank God for giving me the opportunity to arrive at a great club like Villarreal. I want to send a special salute to all the club fans."

Bacca sure seems happy the new development in his career. Well, congratulations to him!