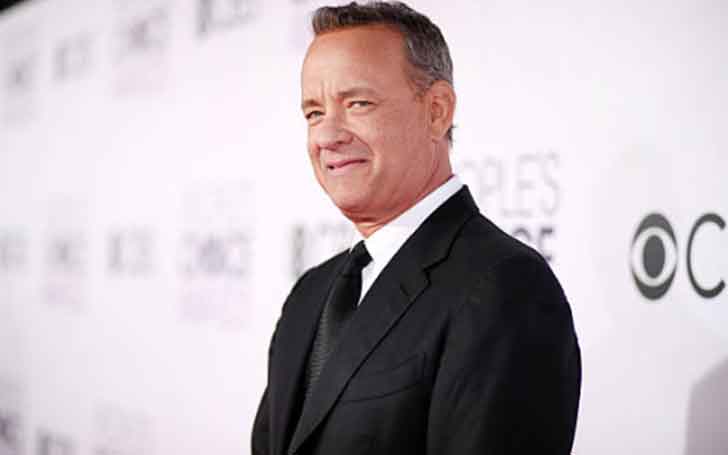 The Phenomenal American actor and filmmaker, Tom Hanks has been contributing to the entertainment industry for decades. As one of the celebrated actors of the Hollywood industry, Hanks managed to accumulate enormous net worth so far.

The multi-millionaire actor Hanks starred in several highest-grossed movies. Here are the details of the high-profile superstar's assets.

The super-talented actor Tom Hanks is enjoying an incredible career for four decades long. From his magnificent career in the showbiz, Hanks has managed to earn a huge stack of money. According to The Richest, the actor has a tremendous net worth of $400 million.

As for now, Hanks' movies have grossed more than $9 billion worldwide and $4.5 billion in the U. S. and Candian box office with an average of $100.8 million per film. With such enormous box office collection, Hanks is the fourth highest-earning actor in North America.

The actor debuted with a slasher film He Knows You are Gone (1980). Following the debut, Hanks was cast in the television drama film Mazes and Monsters. From then on the rest is history.

Here's a list of some of the super hit movies of the superstar with their box office collection.

Apart from his incredible acting career, Hanks established himself as an accomplished director, producer, and screenwriter with the 2001 war drama miniseries Band of Brothers.

Hanks is also an author of the book Uncommon Type published in 2017. The book is a collection of seventeen amazing stories.

Currently, the talented actor is engaged on several big-budget projects. Most importantly, Hanks will be seen in the reprised role of Sheriff Woody in Pixar's Toy Story 4 in 2019. Besides that, the actor will be seen in the 2019 movies Greyhound and You Are My Friend.

The multi-millionaire actor Hanks is leading an extravagant lifestyle out of his prosperous career. Currently, Hanks resides in a luxurious mansion in Palisades, Los Angeles. The mansion stands on an area of 14,500 square feet and had an estimated value of $26.1 million in 2010.

Previously the Philadelphia star owned two side-by-side house in the Rivera, Pacific Palisades, California. The houses covered an area of 3,930 square feet and 7,260 square feet with the selling prices of $7,342,500 and $10,158,000 respectively. However, the houses were sold for a combined price of $17,500,500 to an anonymous buyer.

In 1988, soon after getting married to his wife Rita Wilson, the couple purchased a mansion built on an area of 3,930 square-foot for $1.9 million previously owned by film producers Frank Marshall and Kathleen Kennedy. Later after purchasing another house, the couple put the house on sale for $5.2 million.

I got a new car! Hanx

The 61-years-old actor drives in some expensive cars which include Mercedes-Benz S-Class, Chevy Tahoe, and Toyota Prius among others. The actor also drives around in the classic Fiat 126p car which he received as a present from his Polish fans.