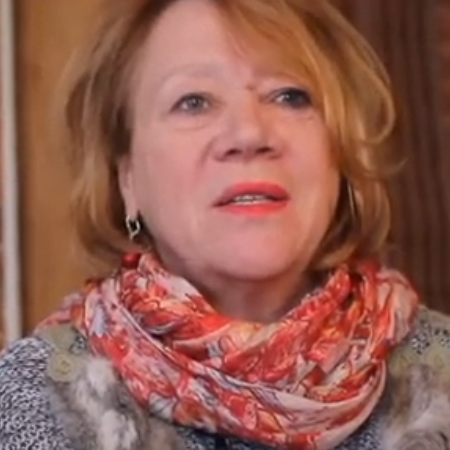 Veronika Nowag-Jones is a German actress who is well known for her popular roles in films Gate to Heaven and Upstairs. She also has a remarkable performance in the comedy television series Sag mal Aah!. Besides, her other movies and TV series include Open My Eyes, The Chairs Game, SOKO Wismar, and Hunters. Furthermore, the actress is also popularly known as the widow of the late jazz ba s sist and composer, Sirone.

Veronika Nowag-Jones was born Veronika Nowag on April 1, 1946, in Leipzig, Germany. As of writing this article, she is 75 years old.

She holds German nationality and stands at the height of 5 feet 1 inch (1.56 meters). Her zodiac sign is Aries. She started her career back in 1974.

The 75-year-old actress holds an estimated net worth of $500 thousand as of July 2021. She acc u mulates her source of income through her acting career.

Since 1974, she has been part of various popular TV series and movies. To date, she has more than sixty acting credits so far under her name.

She made her debut in the feature film Too Skinny for Love. Then, she had a part of the roles in television movies like Ein Hochzeitsfest and Gesche Gottfried.

Nowag acted as Maria Doberstein in the television series Sag mal Aah! in 1991. A year later, she appeared in the TV series, Achterbahn and Der Fahnder.

Her other early TV series and movies are Sperling, Gesches Gift, Visioner, and Doppelter Einstaz. In 2003, she starred as Basala in the film Gate to Heaven.

In 2004, she appeared as Ille Niedel in the television series Einmal Bulle, immer Bulle. She was cast as Natalya in the film Upstairs in 2009.

Some of her other notable movies and television series include The Lost, Partners in Justice, Public Morals, In taller Freundschaft, and Hear the Silence.

Sag mal Aah! star played Prof. Leslie Dore in the mystery film Open My Eyes in 2016. Likewise, she acted as Mutter in the film The Chairs Game in 2018.

From 2008-2019, she was cast as Irene Naber / Claudia Neubert / Brigitte Stern in the TV series SOKO Wismar. She made an appearance in the television series Hunters, starring Logan Lerman, Lena Olin, and Carol Kane, in 2020.

'Gate to Heaven' actress was previously married to her husband, Norris Jones, famously known as Sirone, until his tragic death on October 21, 2009.

Her late husband was a famous musician, jazz ba s sist, composer, as well as songwriter. He was also the co-founder of The Revolutionary Ensemble alongside Leroy Jenkins and Frank Clayton.