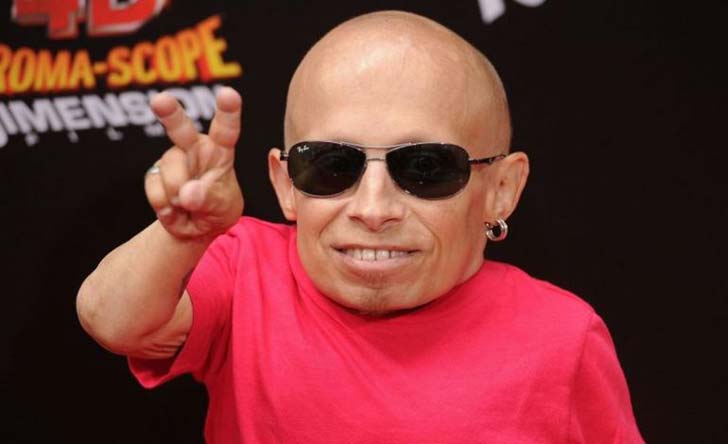 Verne Troyer, best known for portraying the character Mini-Me in the two of the spy action comedy film Austin Powers has died at the age of 49. The actual cause of the dead is yet to be released.

Troyer, one of the shortest men in the world(2 feet 8 inches) died on Saturday, April 21, 2018, according to the statement of his family. The actual cause of death is yet to be released. 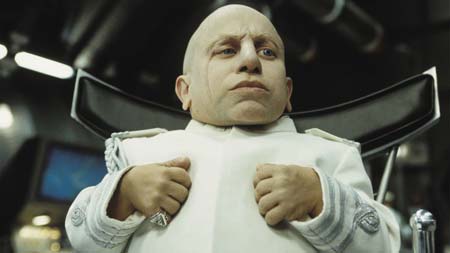 According to reports Troyer was hospitalized earlier this month after an emergency call reported he was drunk and suicidal. His family stated that Troyer had been on some kind of life support after the incident and being treated for a possible alcohol poisoning.

Verne also had an alcohol addiction and often had to go to rehab to seek help. His family further added that he was recently baptized while surrounded by family.

It is with great sadness and incredibly heavy hearts to write that Verne passed away today. Verne was an extremely caring individual. He wanted to make everyone smile, be happy, and laugh. Anybody in need, he would help to any extent possible. Verne hoped he made a positive change with the platform he had and worked towards spreading that message everyday. He inspired people around the world with his drive, determination, and attitude. On film & television sets, commercial shoots, at comic-con’s & personal appearances, to his own YouTube videos, he was there to show everyone what he was capable of doing. Even though his stature was small and his parents often wondered if he’d be able to reach up and open doors on his own in his life, he went on to open more doors for himself and others than anyone could have imagined. He also touched more peoples hearts than he will ever know. Verne was also a fighter when it came to his own battles. Over the years he’s struggled and won, struggled and won, struggled and fought some more, but unfortunately this time was too much. During this recent time of adversity he was baptized while surrounded by his family. The family appreciates that they have this time to grieve privately. Depression and Suicide are very serious issues. You never know what kind of battle someone is going through inside. Be kind to one another. And always know, it’s never too late to reach out to someone for help. In lieu of flowers, please feel free to make a donation in Verne’s name to either of his two favorite charities; The Starkey Hearing Foundation and Best Buddies. Photo by @paulmobleystudio

“Verne was the consummate professional and a beacon of positivity for those of us who had the honor of working with him. It is a sad day, but I hope he is in a better place. He will be greatly missed."

Rapper Ludacris also took on Instagram to pay tribute to the little actor. Troyer had appeared on the music video for 'Number One Spot.'

R.I.P. Verne Troyer aka Mini Me. You made it to that #1 Spot ???? Glad we got to make history together. #goontosoon #love

Born on January 1, 1969, Verne grew up on a farm in Michigan with two siblings, Davon and Deborah. He was born with a genetic disorder known as achondroplasia dwarfism and as a kid wanted to pursue a career in the entertainment industry.

He debuted in acting as a stunt double for a 9-month-old baby in the 1994 film Baby's Day Out. Troyer then played minor roles in Men in Black and Loathing in Las Vegas among others. After portraying the role of Mini-Me in the 1999 spy action comedy movie Austin Powers: The Spy Who Shagged Me his fame rose to prominence. In 2002, he reprised his role in the sequel Austin Powers in Goldmember.