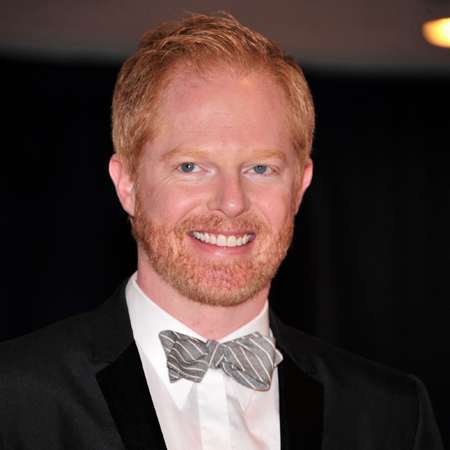 Jesse Tyler Ferguson was born on October 22, 1975 in Missoula, Montana, United States to Anne Ferguson and Robert "Bob" Ferguson. Tyler’s parent had a divorce when he was 18 years old. Jesse was named after his parental grandfather. He spent most of his childhood in Albuquerque, New Mexico with his siblings Kelly Ferguson and Ben Ferguson. He always wanted to get into the acting arena therefore he joined the Albuquerque Children's Theater at the tender age of eight.

Jesse began working off-Broadway and Broadway theatre. His first movie was 2001’s Ordinary Sinner. Since then, Jesse has been seen in numerous movies like Griffin and Phoenix, Untraceable, Wonderful World, * as Dr. IIian Meyer, Ice Age: Collision Course voicing as Shangri Llama and more. Jesse made his debut in the TV arena in 2000’s Sally Hemings: An American Scandal as Young Tom Hemings. Since then, he has been seen in 19 episodes of The Class, Ugly Betty, Do Not Disturb, ABC sitcom Modern Family as character Mitchell Pritchett. Jesse has even been a guest judge in So You Think You Can Dance. He has appeared in 3 episodes of Web Therapy, Project Runway, and Comedy Bang! Bang!, Running Wild with Bear Grylls, and many more. For his exceptional acting skills, Tyler has earned five Primetime Emmy Award nominations and won Screen Actors Guild Award for four times.

Jesse does not have a long dating history. He revealed publicly that he was gay in September 2012. He was in a relationship with lawyer Justin Mikita. The couple engaged after two years of relationship. The couple got married on July 20th 2013 in New York City with playwright and screenwriter Tony Kushner officiating at their wedding. Justin worked for the Mamiya Makita Industries. The couple is happy together. According to his latest news and gossip, there seems to be no dispute or extra marital affair. They are often seen to together in public events. Jesse had to tell his family three times that he was coming out of the closet before they finally accepted it. Jesse is proud and happy to be openly gay. His sister Kelly is a lesbian and the family accepts it all.

Ferguson is currently 40 years old and has achieved a lot in life. Ferguson stands tall at the height of 5 feet 10 inches and has a well maintained figure. His net worth is estimated to be a total of $ 16 million. For his work in the modern family, Tyler earns $ 190 thousand per episode. Ferguson is a very hard working person and is earning a huge salary from his career in the acting arena. The bio of the very talented and handsome, Jesse Tyler Ferguson can be found on various social media sites like Wiki, IMDb, twitter, instagram and many more.