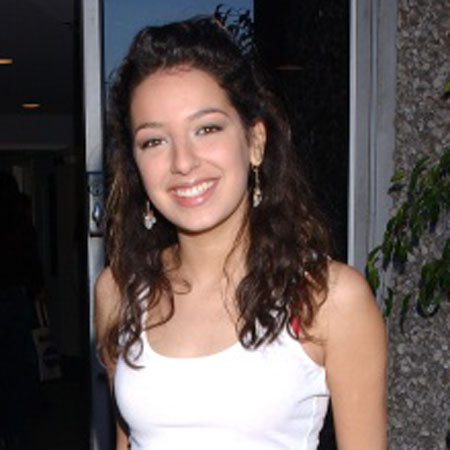 Canadian actress, a dancer as well as a singer, Vanessa Lengies is best known for her role on American Dreams and she had a recurring role as Sugar Motta in the most hit Fox series Glee. The role in the movie also earned her Screen Actors Guild Awards nomination.

Age And Education Of Vanessa Lengies

Vanessa Lengies was born on July 21, 1985, in Montreal, Quebec, Canada to an Egyptian mother and a German father. She spent most of her childhood days in Hudson, Quebec, and dreamed of becoming an actress. She is a Canadian as per her nationality and as far as her ethnicity is concerned, she has a mixed ethnical background.

Vanessa went on to attend Hudson High School and graduated in 2002. Lengies made her debut in the TV arena in the Canadian show, ‘Sponk! Are You Afraid of the Dark?’ She soon went on to be seen in various shows like Radio Active, Popular Mechanics for Kids, and more.

In 2000, Lengies was cast as the lead role, Marci Kornbalm in Ratz. Vanessa is also credited for voicing the character Emily in the TV show Arthur from 1996 to 2006.

Vanessa came into the limelight in 2002 when she was cast as a teenager Roxanne Bojarski in NBC’s American Dreams. In 2006 she acted as the lead role Sophia Preston in the TV series Monarch Cove, alongside Virginia Williams, Craig Horner, Stephen Martines, and others.

After a few appearances in shows like Moonlight, The Cleaner, Medium, Vanessa was cast as Kelly Epson in the series Hawthorne in the first and the second season.

In 2012, Vanessa appeared in MyMusic as Loco Uno for 7 of its episodes. She has acted as significant roles in Mixology, Resident Advisors, Second Chance, and Lego Star Wars: The Freemaker Adventures.

Vanessa made her debut in the movie arena in 2005’s Waiting… as Natasha. She was cast with Ryan Reynolds, Andy Milonakis, Alanna Ubach, and many others.

Vanessa Lengies gained massive fame after her role in the TV series Glee. She played the role of Sugar Motta in the third season. Her work in the TV series also earned him a Screen Actors Guild Award nomination. She left the show after its fourth season.

Vanessa Lengies has collected a good amount of money from her acting career. Her net worth is reported to be around $1 million, in 2019.

Vanessa has been awarded and honored many times for her remarkable work in the TV arena. Vanessa was nominated for Screen Actors Guild Awards in 2013 and Teen Choice Awards in 2004. Furthermore, she has been nominated for three Young Artist Awards in 2004, 2003, and 2001 for her work in American Dreams and Ratz.

Vanessa Lengies was in a relationship with actor Jamie Waylett in 2007. However, the affair did not last very long. She was then rumored to be in an affair with Kevin McHale. She met her boyfriend Kevin McHale while doing Glee together.

Vanessa is currently single. And her sexual orientation is straight. She has not married till date and does not have any children. She currently lives in Montreal, Canada. Her star sign is Cancer.