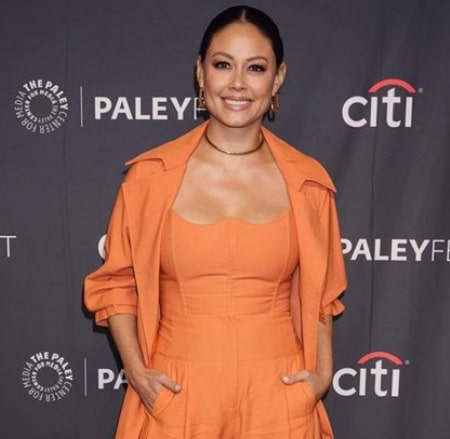 From a modeling career to acting, Vanessa Lachey has gained a massive reputation and fame in the American-Filipino industry. She was named Miss Teen USA in 1997 and was also ranked in several categories, including #62 on the Maxim magazine Hot 100 of 2005 list.

In the entertainment world, she is mainly known as the New York-based correspondent for Entertainment Tonight. Similarly, as an actress, Vanessa has appeared in films and television shows like Disaster Movie, The Bold and the Beautiful, How I Met Your Mother, Truth Be Told, The First Wives Club, and A Twist of Christmas.

Vanessa Lachey was born Vanessa Joy Lachey on 9th November 1980, in Clark Air Force Base, Philippines, under the birth sign Scorpio. She is the daughter of Vincent Charles Minnillo and Helen Ramos Bercero. Her nationality is American, and she belongs to mixed (Filipino, Italian, Irish, and Ashke - Jewish) ethnicity.

Moreover, she spent her childhood in different places such as Washington, California, Nevada, Florida, Germany, and Japan due to her father's service in the Air Force. Also, she studied at eight different schools for nine years. 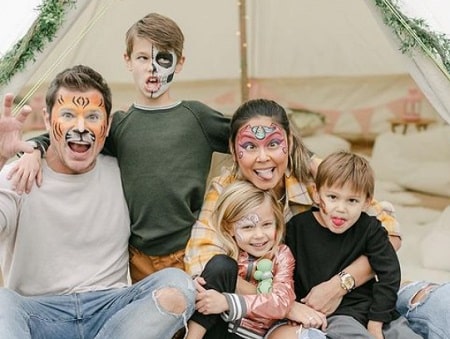 In 1986, her parents got divorced, and along with her adopted brother, Vincent Jr., mother, and stepfather, she relocated to Turkey.

Later, she joined the Roman Catholic Bishop England High School and Our Lady of the Assumption Catholic School, in San Bernardino, California, for one year.

Vanessa Lachey started her career as a model and was crowned Miss South Carolina Teen USA and won the title of Miss Teen USA in 1998. After that, she began modeling for several brands and was also featured on the covers of several magazines, including Shape, Maxim, and Lucky.

Along with modeling, Vanessa is also an actress and television host. In 2003, she became a host on MTV's Total Request Live (TRL), where she worked until 2007. Likewise, she worked as a host on several TV shows, including Miss Teen USA (2004) and Miss Universe (2007).

Further, as an actress, she made her acting debut in the 2001 American television show, The Bold and the Beautiful as Amanda Wexler.

Then, she performed in numerous television series such as City Girls, 30 Rock, That's Life, Psych, Dads, and Truth Be Told, among others. Moreover, she has also been featured in Nick Lachey's music video, What's Left of Me (2006).

In Addition, she was selected for the lead role, Amy, in the 2008 American comedy film Disaster Movie. She was cast along with Kim Kardashian, Ike Barinholtz, Carmen Electra, and others.

As of 2019, her most recent appearance was on the American sitcom television series American Housewife as Crissy. Also, Lachey recently co-hosted Miss USA 2019. Some of her recent appearances are available in the movies such as NCIS and NCIS: Hawai'i.

Vanessa Lachey has been active in the entertainment industry for over two decades and accumulated an impressive amount of fortune from her outstanding career as a model, host, and actress. As of 2022, she has an estimated net worth of $25 million, as per celebrity net worth.

Moreover, Lachey has appeared in several magazines and endorsement deals. The average salary of the American model is $22.20 per hour. Likewise, hosts make $9.50 per hour, and actress earns $17.00 per hour.

So, she lives a lavish life with her great earnings. Back in 2011, she paid $2.85 million for an amazing home in Encino, California. And in June 2016, she sold the property for $4 million. Together with her husband, she purchased another home worth $4.15 million.

Vanessa Lachey has been happily married to her longtime boyfriend turned husband, Nick Lachey, since 2011.

Her husband is an American actor, singer, and as well as television personality who rose to fame as the lead singer of the multi-platinum-selling boyband 98 Degrees. 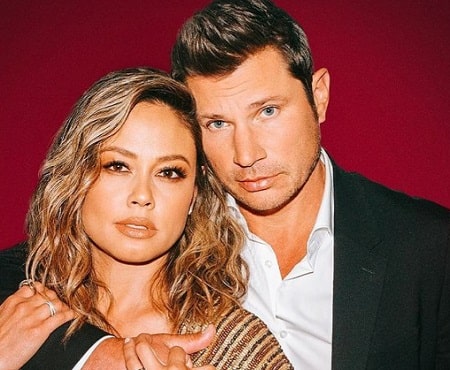 The couple began dating in 2006, and after three years, they broke up. Later in October 2009, the couple confirmed that they were back together. The pair got engaged in November 2010 and tied the knot on July 15, 2011, at Sir Richard Branson's private Necker Island in the British Virgin Islands.

Talking about her kids, they together have three children, Camden John Lachey, Brooklyn Elisabeth Lachey, and Phoenix Robert Lachey. Previously, she dated baseball player Derek Jeter from 2003 to 2005 and actor Orlando Bloom in 2005.

A short interview with Vanessa Lachey: