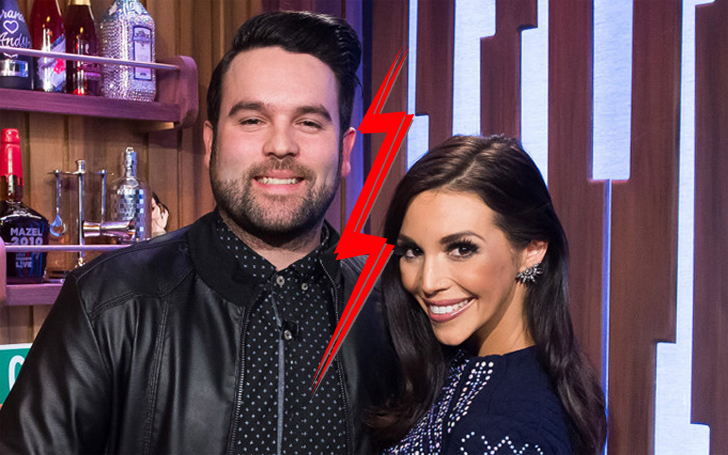 Some sources, however, claim that its yet to be official as they have still been talking to each other and are still making future plans together. It is for sure that their relationship is very complicated, apparently, there are equal chances of them being together as there are of them breaking up. Complicated for sure!

Have Scheana Marie and Robert Valletta Broken Up For Real?

Like they say, fans actually notice everything and by everything we mean literally everything. Robert Valletta’s fans were the first find out about their split.

He's the most handsome man I've ever seen ... inside and out. @robsvalletta

Sadly we broke up, we are still amazing friends and we adore each other. We will see what happens.”

And does the statement “we will see what happens” indicates what sources claimed previously? Have they even actually broken up? Well, let’s get into the details.

It was a mutual decision. They still really love and care about each other, but right now they have differing schedules. Schedules got hectic and they weren’t able to spend as much time together, so it made the most sense to give each other some breathing room for now.?

Scheana Marie has on many occasions stated that Robert Valletta was the one for her, that kind of love is hard to go away. But, seems like their schedules are playing quite the villain here.

Well, they still have some pictures of each other together on Instagram, that does give some hope. But, fans shouldn't be too hopeful as well, as Robert Valletta has explicitly said they've broken up.