Scheana Marie Got Back Together With Boyfriend of 10 Years Ago Robert Valletta Amid Divorce From Michael Shay! Details About Their Relationship and Affairs 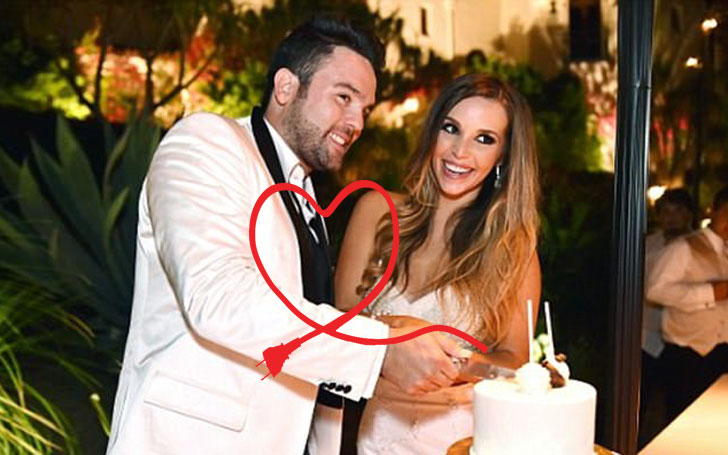 The model turned Actress Scheana Marie is happy with her boyfriend Robert Valletta. But wait! Isn't she also in the middle of her divorce with Michael Shay? Well, it seems that she doesn’t care about what others have to say as long as she is happy!

Did Scheana Marie divorce Michael Shay because of Robert Valletta? What is all this story? Let's untangle it all here!

Was Scheana Marie still in love with her long history boyfriend Robert Valletta?

We dated like 10 years ago, we met in 2006 and it was more casual, but the timing was never right.

It was my first year living in LA and I met him right off the bat. I was like, ‘This is the guy you marry, not the guy you casually date at 21.’ ' And then he got a girlfriend and I got a boyfriend and then it was just we always found our way back to each other.

Guess what's meant to happen will happen no matter what! Scheana Marie and Robert Valetta who dated 10 years ago are now back together after dating so many other people and even getting divorced!

So this was the story behind, they not only dated each other but at from the very beginning, she knew that he was the one.Is she now saying this because she wanted to give a hint that she is interested in marrying Robert indirectly or what?

Scheana is technically married, and to many people, it seems as if she has moved on too fast. When asked about it in The Daily Dish she clarified:

If it was anyone else, I would not be dating so soon. Because it's Rob, I'm like, no, I want this now because life is too short, and he's a person who's always been in a relationship. I don't want to wait four months to process my feelings and get in a better place for him than to be dating someone else.

She's so honest, it's almost like more people should learn to be like her! Explaining further, Scheana said:

So it's just like, we were both single at the time, we hung out, we hit it off, it was like everything came back.

Scheana Marie’s story on moving on so fast is very honest, and once you learn why she filed for divorce you'll be even more on her side!

The Reason behind Michael Shay and Scheana Marie’s Divorce

Whatever was the reason behind Shay’s and Marie’s divorce, we are sure that it broke many of the hearts and disappointed a lot of fans as their relationship seemed so much better than ever in this season.

When interviewed on E! News she poured her heart out about what compelled her to get a divorce.

There were a lot of things from the beginning of our marriage that kind of tainted the whole relationship. Three months in I found out he had a pill problem. Right before our one-year anniversary, I saw some inappropriate text messages.

She said that it was 2016 when she couldn't tolerate things anymore:

Shay was always in the studio and I was always at home by myself. We were growing apart more and more.….Towards the end of October, he just didn't come home one day.

But, as per Scheana she still wasn't thinking of marriage! The vows meant a lot to her.

Shay apparently lied to her for almost for 6 to 8 months, he had started taking pills again and that was the moment she realized that she is now getting a divorce

She further said to E! News

I  was like, 'I'm now done. I'm done. I'm done. Nothing at all can change my mind. I was willing to forgive you after you left me, and try and move past that, and work through it and start over and become best friends again and do all of this.' I was still willing to try.

The second I found out he was still lying to me—and had been for six to eight months—I was done.

So there you go, as she said it was not easy for her to break 15 years of Friendship with Shay but could not be with him either.  Well, we can hope nothing happiness to all of them.