Val Chmerkovskiy And Jenna Johnson, "Dancing with the Stars" Alums, Get Married 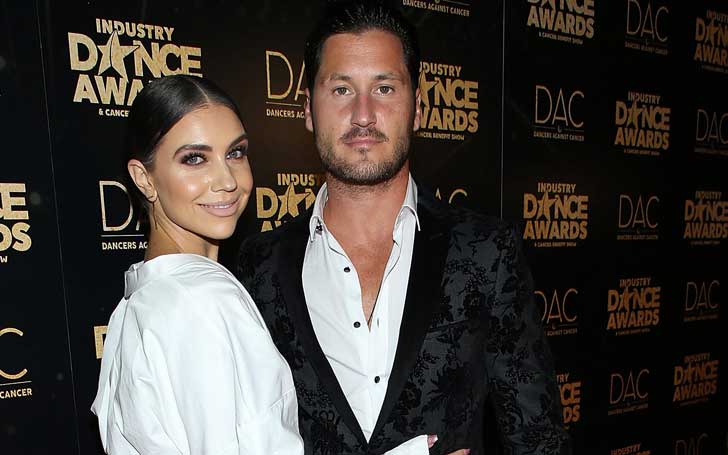 Val Chmerkovskiy and Jenna Johnson are officially off the market! The reality stars tied the knot on Saturday, 13th April in a romantic Terranea Resort ceremony.

The lovebirds exchanged their vows in front of around 200 people and family members months after their engagement in June 2018. Previously, Jenna told People of the floral arrangement that she wanted "a classic, pure white look, with some greenery." 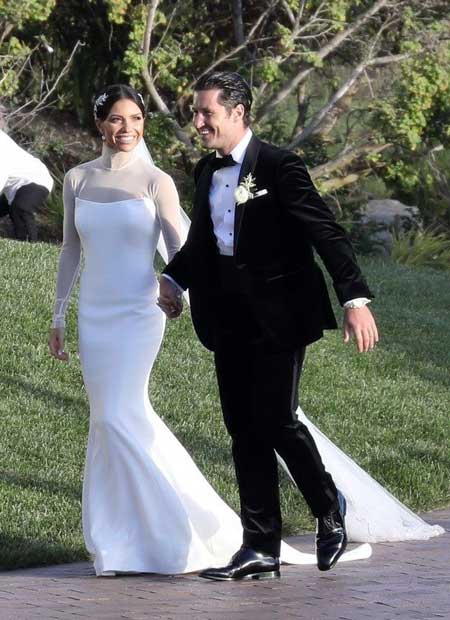 Johnson was seen in a classic long-sleeved Vera Wnag gown with a slight mermaid silhouette which she accessorized with a custom made crystal headpiece and a long veil. On the other side, the groom opted for a custom made black velvet tuxedo by Brooks Brothers for his big day.

Fellow Dancing with the Stars partner Adam Rippon, Lindsay Arnold and So You Think You Can Dance winner Gabby Diaz joined Jenna as her bridesmaid where her sisters Stacy Johnson Bills and Jill Zenger were the co-maids. 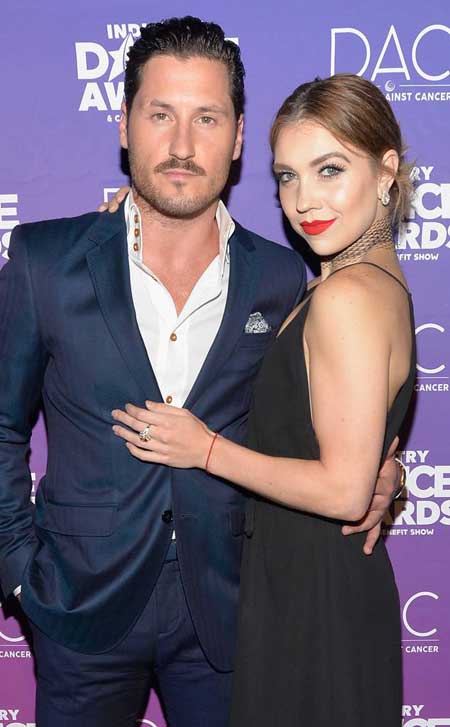 In June 2018, Chmerkovskiy proposed to his girlfriend Jenna in Venice, Italy with a sparkling diamond ring. As for the location of their engagement, Chmerkovskiy told People that he was determined to get down on one knee in Venice since his teenage days. There he told,

When I was 17, I visited Venice for the first time and thought it was the most romantic place in the world. I promised myself then that the next time I would come back to Venice was to propose to the woman I'd want to spend the rest of my life with.

Fifteen years later I kept my word. It was perfect.

The newlyweds sparked their romance rumor back in February 2016, after they were snapped getting close off the dance floor. They confirmed their relationship in 2017 after they were packed on PDA in the ballroom during their performance on DWTS.