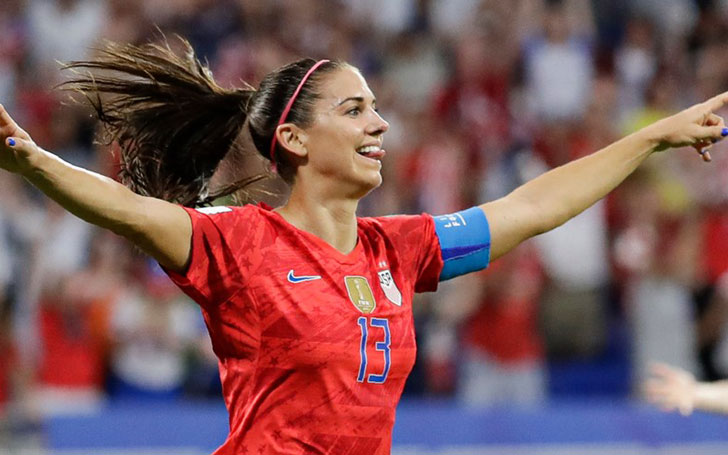 The United States is into the World Cup Final for the fifth time!

The defending champions reached the final after Tuesday afternoon's (local) thrilling win over England. The US, who started the match without vice-captain Megan Rapinoe, registered a 2-1 victory after England missed a late penalty. 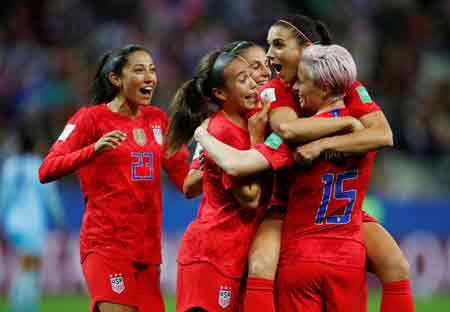 America will play either Sweden or the Netherlands in Sunday's final where they would be eying their third consecutive championship.

Over 20,000 U.S. fans leaped in joy when the referee blew the whistle after the seven minutes stoppage time, where a mass of re-shirted Americans dashed toward goalkeeper Alyssa Naeher, who had saved the 84th-minute penalty.

English skipper Steph Houghton stepped to take the chance from the spot in the 84th minute of the regular time, however, she was unable to net the equalizer.

Christen Press, who replaced Megan Rapinoe in the Semi-Final, scored the first goal of the match in the 10th minute. Nine minutes later, England brought the score to level with Ellen White's goal. 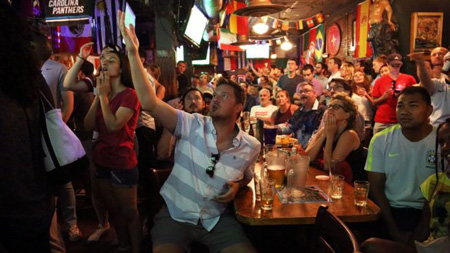 31st minutes through the first half, USA again took the lead over England. England celebrated their second equalizer in the 69th minute before the VAR video review ruled out the goal.