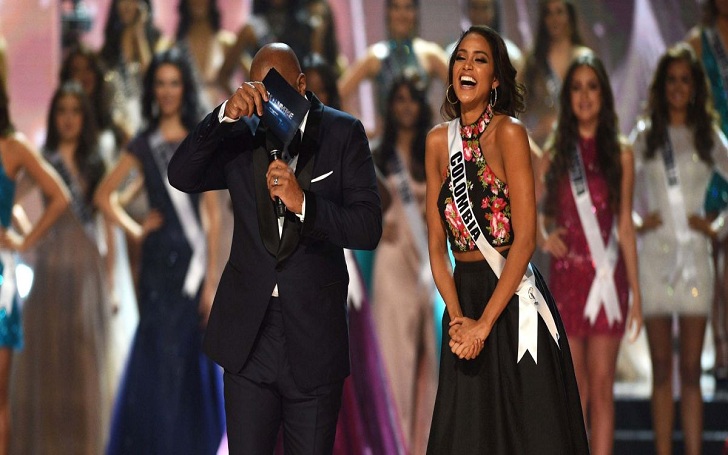 Miss Universe 2017 will wrap on Sunday night with its new winner, and the insiders are reported praying that this year Steve Harvey wouldn't repeat the same as he did in 2015.

Comedian Harvey had mistakenly announced the first runner-up as the winner of the 2015's Miss Universe pageant.

Rehearsals were yesterday, today and tomorrow. However, everyone knows that he is not coming. He didn't go (2015) either.

He does not show up to rehearsals- he still only shows up for show day. He has not done a single rehearsal.

Instead of crowning Miss Philippines, Pia Wurtzbach, Harvey announced first runner-up, Miss Colombia, Ariadna Gutirrez as the overall winner of the pageant. As Miss Colombia Gutirrez started to celebrate, Harvey intervened and said, "I have to apologize," before he revealed the actual winner.

Instantly, Harvey took to his social media apologizing for his mistake. But the show organizers and the competitors both don't want the repetition of this error once again when the show airs live on Sunday (November 26).