Trudie Styler is an English actress, producer, and filmmaker. She has appeared in television series such as Pose, Maniac, Falling Water, among others. She also starred in TV movies like Living Proof and Nativity Blues. Styler has been married to a famous musician and actor, Gordon Matthew Thomas Sumner, better known as, Sting, since 1992. The couple has four children together.

Trudie Styler was born on January 6, 1954 (age 67), in Bromsgrove, Worcestershire, England, to Harry Styler and late Pauline Styler. Her mother was a farmer, and her father was a factory worker.

Talking about her education, she completed her schooling at North Bromsgrove High School. She took acting training at Bristol Old Vic Theatre School.

She was hit by a van when she was just two years old and had to go through plastic surgery operations until she reached 18 years old.

Due to her face surgery, her cla s smates nicknamed her scarface, which eventually caused her to feel less attractive than others.

She made her on-screen debut with the BBC television series Poldark in 1977. After which, she featured in many other TV series like The Mayor of Casterbridge, Funny Man, The Bell, and more. 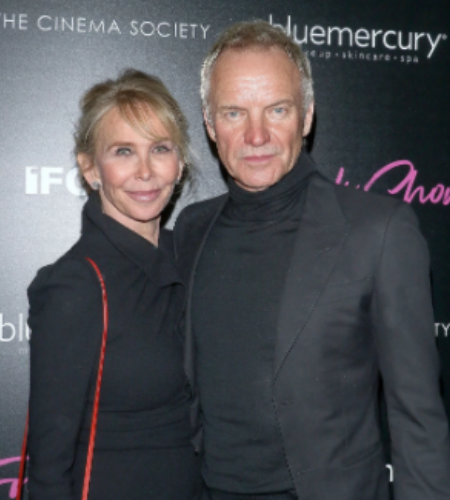 In 2002, she directed and produced the doc u mentary film The Sweatbox. She appeared as Sevilia in the TV miniseries Empire and Irene in the TV series Love Soup in 2005.

She starred as Tina in the TV movie Living Proof in 2008. Her other notable television series include Falling Water, Maniac, and The Night Of.

In 2019, she played Ms. Ford in the FX series Pose, starring Kate Mara, James Van Der Beek, Billy Porter, and Evan Peters. She was seen in the television series Forever Alone in 2020.

Shares $400 Million Net Worth With Her Husband

Trudie Styler shares a tremendous amount of net worth with her famous musician and actor, Sting. According to Celebrity Net Worth, they have a combined net worth of $400 million as of March 2021.

Trudie Styler is also a Philanthropist. Along with her husband, she began the Rainforest Foundation Fund in 1989. Being a UNICEF Amba s sador, she also raised a million dollars for their projects all around the world.

As per reports, she donated £10,000 to the charitable Ama Sumani cancer fund in 2008. The actress has also supported Elton John AIDS Foundation being a patron. 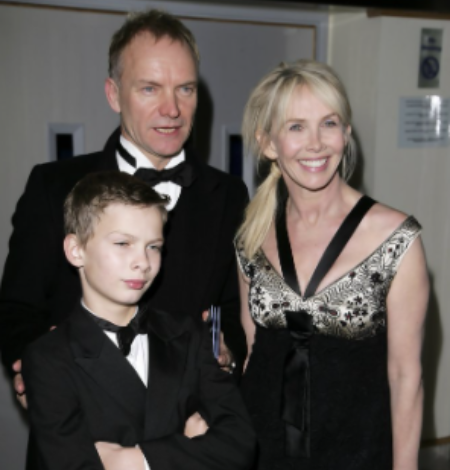 The couple welcomed their first child, daughter Brigitte Michael Sumner on January 19, 1984. Likewise, they had their second kid, a son Jake Sumber on May 24, 1985.