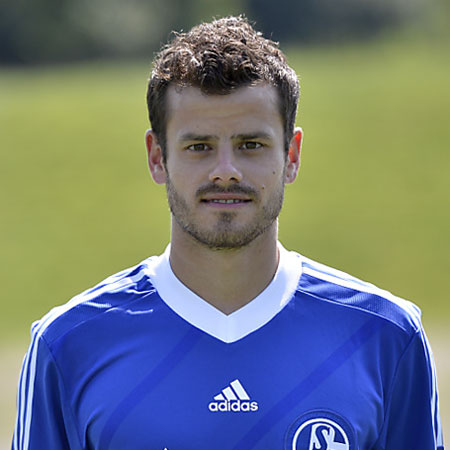 Tranquillo Barnetta is a Swiss footballer who plays for Switzerland and Eintracht Frankfurt as a midfielder. In the field he is known for his mobility, creativity and extreme pace. He was born on 22 May 1985 in St. Gallen, Switzerland to parents of Italian descent. Barnetta owns dual citizenship, of Italy and Switzerland. Andrea Barnetta and Tranquillo Barnetta are his parents and abou his siblings he has one named  Alessandro Barnetta.

He started his professional football career with his hometown local club FC Rotmonten St. Gallen but he was pulled in by German side Bayer Leverkusen in January 2004. He was loaned to Hannover 96 in his first season at Bayer, Barnetta returned in March 2005. His performance in World Cup 2006 gained him regularity in the Bayer squad. However, his 2009-09 season didn’t go well. But he achieved his good firm again in the 2009-10 season, he scored two goals in his second league game of the 2009-10 season. His scores helped Bayer Leverkusen run first half of the season unbeaten for the first time ever. When his contract ran out at Bayer Leverkusen, Barnetta was signed by Bundesliga side Schalke o4 on 2 July 2012. Barnetta is currently only loan to Eintracht Frankfurt. the international football arena, he represents his nation Switzerland. Barnetta was a part of Swiss U- 17 squad that came to win the 2002 U-17 European Champions.  He is a member of senior Swiss national team; he was first called up to the senior team for the Euro 2004. He was part of the Swiss team at the 2006 World Cup and scored in a group stage win over Togo. He was also in the 2010 World Cup squad. Barnetta scored in two free kicks against win over England in the Euro 2012 qualifiers.He is also in the Swiss national squad at the 2014 FIFA World cup. The 2014 FIFA World cup will shortly hold in Brazil.

There is no concrete information on Barnetta’s girlfriend which we believe is for privacy reasons but rumors say he is dating someone who workd in St.Gallen. Barnetta has a dual citizenship, of Switzerland and Italy. He is particularly on the good looks and has a height of 1.78m and an accompanying weight of 68 kg. He wears No.25 shirt and plays as a Mid-fielder for his Current Team Eintracht Frankfurt.He plays as a left wing mostly. He is in the team since September 2, 2013.

Barnetta was a part of the Swiss national team that won UEFAU-17 European Champion in 2002. his annual salary’s figure is not known but his current market value is worth 3,00 million Euros.