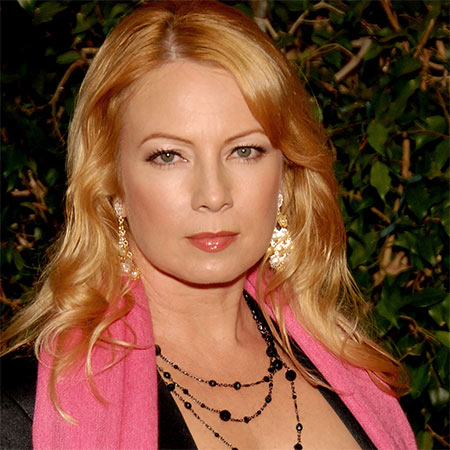 Traci Lords is an American actress, singer, model, producer, writer as well as director, best known as the most famous and successful underage adult film star, having done 100 movies as a teenager.

Traci Lords was born as Nora Louise Kuzma on May 7, 1968, in Steubenville, Ohio, U.S. She belongs to white ethnicity and holds an American nationality.

Lords is the daughter of Patricia Kuzma and Louis Kuzma who was employed as a steelworker. She has one elder sister, Lorraine, and two younger sisters, Rachel and Grace.

After his parents got divorced, Lords moved with her mother and three sisters to her great-grandmother house that lived nearby.

According to her, Lords had experienced a bad teenage life. At the age of 10, she was raped by a 16-year-old boy at her friend's birthday party.

In 1982, she started attending the Redondo Union High School. During this time, she developed a defiant attitude.

Traci Lords began her adult-movie career at the age 15, appearing in some adult films. In 1994, Lords starred in John Waters’ Cry-Baby and Serial Mom. She has also appeared on numerous TV series, including Melrose Place. In July 2003, her autobiography 'Traci Lords: Underneath It All' was released by HarperCollins.

The next years she appeared in a science fiction movie 'Princess of Mars.' Some of her notable television work as a mainstream actress was on season 2 of Profiler (1996) from 1997 to 1998 in playing the schizo-sicko serial killer Sharon Lesher, as well as the tough he r o i ne Jordan Radcliffe during the last season of the sci-fi series First Wave (1998) from 2000 to 2001.

Lords even tried her hand at writing and directing a short film which would lead her to another career as a writer-director of independent films.

Traci Lords was in affairs with many guys and married three men in her life. She first married to an American actor Brook Yeaton on 1990 to 1995.

Later, Lords married for a second time to Ryan Granger on 1999 but the relationship was too short, and they split up on 2000.

On 23rd Feb 2002 Lords married actor/producer, Jeff Gruenewald with whom she has one child, Joseph Gunnar Lee born on 7th October 2007. The couple is currently living together in Los Angeles, California.

In May 1986 Lords was arrested by FBI agents when it was discovered she was underage, which meant that any films with her in them were illegal to rent or buy, and video stores around the country rushed to remove them. The only legal adult-movie Traci made was I Love You (1987), which was filmed in Paris, France, on her 18th birthday.

Traci Lord’s successful bittersweet career has earned her a net worth of $7 million dollars. Her singing, modeling, acting, writing, and directing career are the main sources of income.