Who is Tow Truck Jess? What is Her Age?

Jessica Tara Middlebrook, the woman who would come to be known as Tow Truck Jess, was born on February 5, 1985. The 36-year-old is a native of Greensboro, North Carolina. 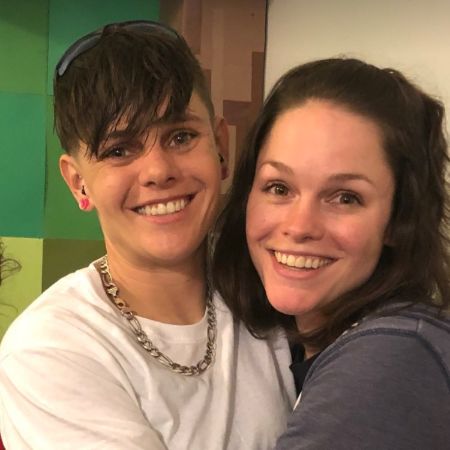 She has a twin sister who appears frequently on her Instagram posts.

Career- From A Tow Truck Diver To TikTok Celebrity

Jessica started her career as a tow truck driver and was employed under the Greensboro, North Carolina-based towing and recovery establishment, Bobby’s Friendly Towing & Recovery.

Her popularity skyrocketed when she started making short-form videos and uploading them to the video-sharing platform, TikTok. Her videos range from comedic skits to mini-vlogs to lip-synch to religious preachings. As of mid-2021, Jessica's TikTok account @towtruck.jess has more than 1.6 million followers with total video views of 35.3 million.

One of her most popular videos on the platform was her lip-synching to the hit Randy Newman song, "You've Got a Friend in Me", which has also been featured in the movie, Toy Story.

Involuntary Manslaughter Charges After An Accident

On April 27, 2019, Jess was charged with involuntary manslaughter when a motorcycle collided with her parked tow truck, killing one of the patrons and injuring the other. The wife, Patricia Willard, 70, died on the spot, and the husband, Jerry Willard, also 70, was gravely injured.

Jess was not in the truck at the time of the incident. The truck was parked overnight, hence why Jess was charged with involuntary manslaughter and careless parking.

Since the accident, her TikTok was taken down and later came up with a new account. When news broke about the incident and the consequent fallout, her fans rallied and started a GoFundMe page to benefit Jess with legal fees. Reportedly, the GoFundMe campaign managed to raise $34,864 out of the intended $50,000.

Is Tow Truck Jess Married? Does She Have Children?

As of this writing, Jess is not married. But she does have three children: the oldest child, whose name has not yet been disclosed; the middle child, a son named Aryn; and the youngest, a girl named Maggie. 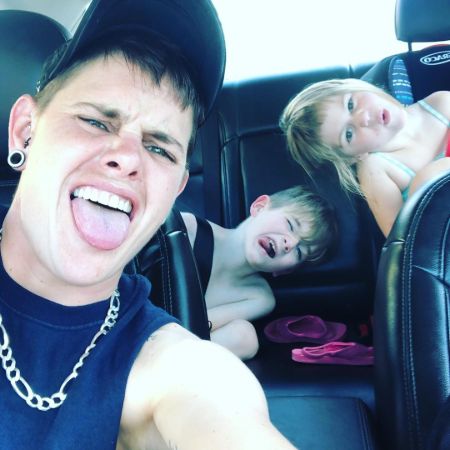 Quite often, her Instagram @towtruckjess with 55.7K followers features her kids and adorable moments spent with them. Although Jessica is in a relationship with her boyfriend, whom she introduced via her social media posts, she is yet to comment on the details. Wide claims and assumptions are that Jessica's boyfriend is her baby daddy.

Jessica Middlebrook has an estimated net worth of $50,000 in 2021. The primary source of her income is her career as a tow truck driver. She drives for Bobby’s Friendly Towing & Recovery. On average, a tow truck driver makes $45,596 per year but it varies company, location, industry, and experience.

She became a household name when she started uploading content on the short-form video-sharing platform, TikTok. She dabbles in a wide array of different content ranging from lip-synching to comedy to dancing. Her TikTok account (@towtruck.jess) has the potential to earn her $960 - $1,600 per post.

Moreover, her fame saw her massive followers on Instagram as well. And as per calculation from Influencer Marketing Hub, Jessica's Instagram account can sum up to $228 - $380 per sponsored post, if she goes for paid partnership.

In addition to that, Jess has her own website where she places merch that includes T-shirts, hoodies, caps, and bracelets.