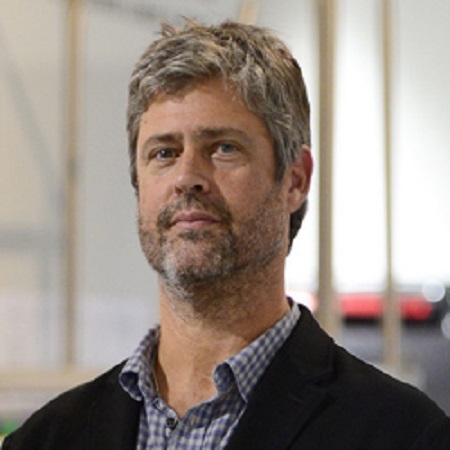 Tim Corrigan is a famous American senior coordinating producer for the NBA on ESPN. The producer joined ESPN in 1987 and oversees all the aspects of ESPN game and productions like NBA Countdown, NBA Coast to Coast, NBA Tonight, and NBA Segments.

Tim did not reveal her exact birth date; however, he was born in Charlottesville, Virginia, the United States of America. His nationality is American, whereas his ethnicity is not known, as he did not reveal details of his parents and family life.

Tim graduated with a Bachelor of Science Degree in Economics from Notre Dame in 1986. Besides this, he did not open up anything of his early life, childhood, and siblings.

How Much Is Tim Corrigan’s Net Worth?

Though Tim holds one of the most responsible positions in ESPN, he still has not revealed much about himself. Everything information revealed in the media is all related to his professional career.

In the same way, Tim is yet to disclose the exact figure of his net worth. According to some gossip mongers, Tim is a millionaire and has a net worth of $1 million. According to GlassDoor, the average salary of coordinating producer lies in the range of $126, 183 to $151, 430; so his wage might be in the same range.

As mentioned above, there is nothing of his personal life ever disclosed in the media. Likewise, he has not appeared in any interviews to talk about his private life. He is someone who prefers to say away from the press, maintaining a simple lifestyle.

For now, Tim’s current relationship status is not disclosed. Some tabloids claim that he is single, while some argue that he might be married or dating girlfriend. Some reports claimed that he has posted a picture with Aimee Monaghan, reported to his wife or partner.

Tim, who graduated from Notre Dame, currently serves as a coordinating producer for the NBA on ESPN. He joined ESPN in 1987. Now, he oversees all the aspects of ESPN game and production of NBA Countdown, NBA Tonight, NBA Segments on SportsCenter, and NBA Coast to Coast.

Similarly, Tim has served as a production assistant and associate producer/ director for ESPN events like French Cup, NCAA basketball, America’s Cup, Major League Baseball, NFL football, and so on.