Silvia Bertolaccini is a famous Argentine professional golfer who currently serves as a Spanish-language golf commentator for ESPN Deportes and ESPN in Latin America. She has a glorious fifteen years long career experience with the LPGA tour.

The 70 years old Silvia is a golf commentator working for ESPN Deportes and ESPN in Latin America. She joined ESPN in 1991 after fifteen years long career with the LPGA tour. She is the commentator for PGA Tour and Champions Tour events. 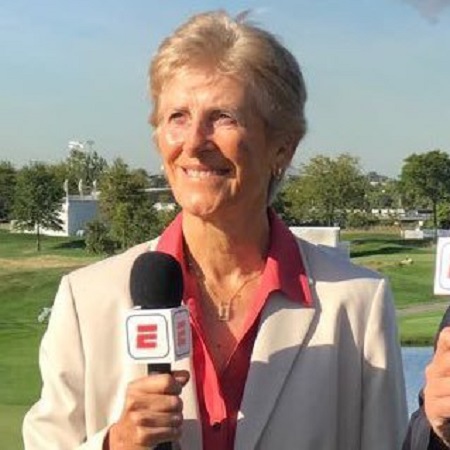 Silvia retired in 1990 and joined the marketing company of Jane Blalock. In 1995, she joined LPGA’s Friendly’s Cla s sic tournament as a director. She was active in the position till 1998.

Silvia was born on 30th January 1950 in Rafaela, Argentina. Her nationality is Argentine.  As of now, she resides in Ma s sachusetts, the United States of America. She is 5 feet 8 inches tall.

She did not reveal anything regarding her parents, siblings, family life, and educational background.

Silvia has kept all of her personal details away from the media. Though she has been in the media line for a long time, she still managed to keep everything out of sight.

For now, some sources claimed that she might be married and happily living with her husband, whereas some tabloids mentioned her to be single, as she has never opened up about her relationship and dating life.

Winning four tournaments and one of the professional golf player, Silvia definitely has gathered a high figure of money.

Just like how she kept her current relationship away from the media, she also did not reveal the exact figure of her net worth and salary. However, as per gossip mongers, she is a millionaire and has a net worth of $1 million.