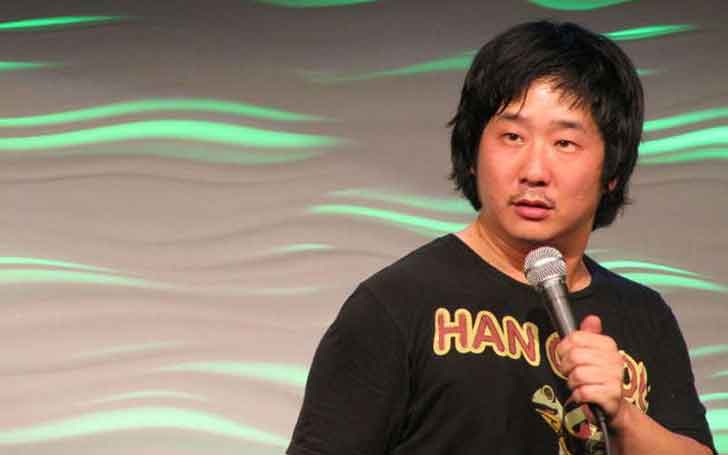 Asian-American actor/comedian Bobby Lee is popular around the globe for his humorous skills on comedy sketch show MADtv (2001-09). He is an accomplished actor and has been featured in numerous films and sitcoms like Pineapple Express, The Dictator and Harold & Kumar Go to White Castle.

Leaving his parent’s dream to carry on with the family business, Lee went to chase his dreams at the young age and later his parents apologized who did not believe his dream in the beginning.

Despite all struggles, he achieved his dream and is leading a successful professional life. Similarly, Lee is also blessed with a blissful personal life. He is living happily with his girlfriend-turned-wife Khalyala Kuhn. Let’s find out more about the sweet couple’s love story.

Comedy actor Bobby Lee is currently married to his longtime girlfriend Khalyla Kuhn. She hosts podcast The Tigerbelly with him and prefers to keep a low profile away from media.

The couple met via dating app Tinder and eventually started cracking jokes and having fun together. After sometimes, they began dating. 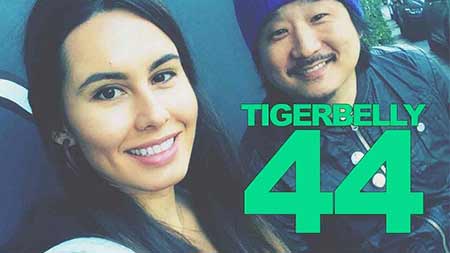 Though Lee was a secretive person back then and kept his affair under the radar for several years. He came forward and uploaded a picture of himself and his girlfriend Khalyla Kuhn on his social media.

Then, the duo began appearing at various events and parties together. Later, they started hosting their own weekly podcast TigerBelly. The podcast also helped them to improve and cement their relationship.

Even though they have not released an official statement about their wedding in an episode of their podcast, they revealed that they married in August 2016 and it was an intimate and surprise wedding.

Prior to Khalyla Kuhn, Lee was seen with many girls in public events and functions but none of them were his girlfriends. In fact, he has never confessed about his past affairs and relationship history.

But, Kuhn was probably into several relationships before she met Lee.

Earlier, some of his fans accused that Khalyla married him because of money. A Twitter user @iamhckstar claimed that she moved into LA area from money to money. In response to these accusations, she tweeted on 15 March 2018,

I had a good job, a nice home by the beach, amazing friends, a humble but comfortable life, all carved out before I met Bobby. I’ve been self sufficient since I was 17. Yet, all of who I am has been reduced to a 40 second clip taken out of context. Ok internet, you win, I’m.

After her statement, one of her admirers again replied:

A novel idea, a beautiful girl living in LA jumping from money to money. 11 years ago she wasn’t doing much other than dating a bar tender at SF Saloon and now look where she’s at

Considering these facts, Kuhn’s then-boyfriend was an SF Saloon’s bartender. She also replied that it was her who took that bartender for a 2-month vacation on her money. As per some online sources, she also dated some Spanish soccer players in the past.

TigerBelly is a video podcast that is hosted by Lee and his wife Kuhn. The podcast has over 187K subscribers on YouTube as of September 2018. Lee began this podcast in 2015 and added Kuhn as the host in 2016.

They post their podcast each Wednesday. They often discuss revolving around Asian-American issues related to the adolescence, sexuality, entertainment industry, racism, and politics.

TigerBelly also features its production department teams; Gilbert Galon and George Kimmel occasionally. At the end of the show has a segment called The MMA minute in which the hosts discuss mixed martial arts and UFC.