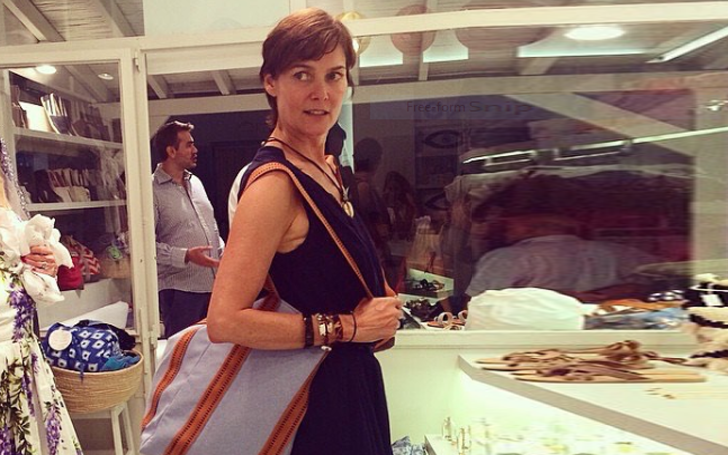 It is said that third time's a charm but not for American actress and former model Carey Lowell whose third marriage also ended in a divorce.

If you have been living under the rocks for some reason, and know nothing about the news well, what are we here for?

A year ago the star of Pretty Woman Richard Gere and former wife Carey Lowell’s four-year-long divorce was finalized, and that was Lowell's third divorce.

So is she planning to marry again? Who are her former husbands? Let’s find out.

Well, being precise about the marriage, Lowell didn't make any kinda statement regarding her plans for next marriage.

Already divorced thrice, she might put a lot of thought towards getting hitched now.

After battling for four years the Unfaithful actor Richard Gere and her former second wife, Carey Lowell were legally divorced, ending their 11 years of relationship.

The reason for their divorce wasn't disclosed, however, Dailymail reported that they ended their marriage due to lifestyle differences.

Also, she is very low key when it comes to her personal life. The License to Kill star, Carey Lowell who shares a child (Homer James Jigme Gere) with Richard Gere is apparently single at present.

Well, who are the other two former husbands of the Carey Lowell? Let’s see.

The former husband's of Carey Lowell

The first husband of Carey Lowell was a fashion photographer, John Stember, exchanged vows in 1984 but couldn’t fulfill their promise to be together as man and wife. The couple separated after four years in 1988.

She married Griffin Dunne, her second husband in 1889 after a year of her separation. The former couple shares a daughter, Hannah. In 1995, they divorced.

Well, the reason for their divorce wasn’t circulated and all we know is that they have some sort of differences.

And of course, her third husband was Richard Gere, and apparently, they were in a relationship for seven years before getting married. And as for Gere, Lowell changed his life and that their marriage was a milestone for both of them.

Well in the words of Richard Gere,

She's changed my life. And marriage does have meaning, if you do it from your heart. It is a milestone for us both.

We are adults who have been through marriage before and do not take it lightly. I felt married from the moment I met her, to tell the truth. But to take that extra step is the biggest stride imaginable. I have no problems with this one at all.

Well, after giving all these statements, and living happily for many years,  their fans we shocked to know the news about their split. But, this is life and all of us has to deal with it.