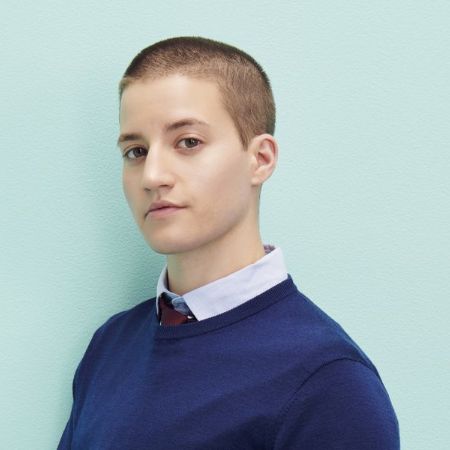 Theo Germaine is an American actor known for his character as James in the television series The Politician and Chris in the 2019 TV series Work in Progress. The same year, Theo was a cast in a movie, Adam. He is a non-binary transgender who uses both pronouns they and him.

Theo's Net Worth Is Rapidly Growing

The 31-year-old actor started his professional acting career in 2019. The actor has recently started his acting profession and just had played some roles in movies and television series.

Theo Germaine's net worth is not disclosed in the media but a couple of gossip mongers revealed that his worth is $100 thousand.

Theo's primary income is generated from his work in the entertainment industry. Before becoming an actor, he worked in a cafe in which the average salary was around $10 per hour.

Theo Germaine worked as an actor in short movies like Latte Feelings and Artificial Intelligence in 2015. He made his acting debut in 2019' film Adam with a small role. He shared the screen with actors Bobbi Menuez, Chloe Levine, and Margaret Qualley. 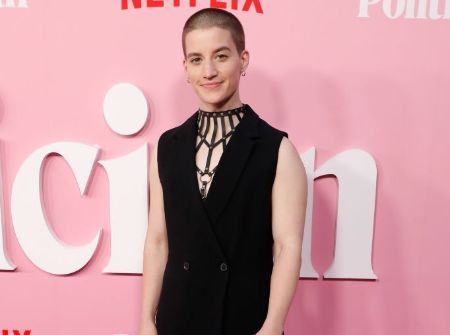 Theo Germaine at the premiere of The Politician SOURCE: Getty Image

Theo appeared in the 2019 movie Holy Trinity and his new series Work in Progress will be broadcasted on 8th December 2019.

Is Gay And In A Relationship With His Partner William

Theo Germaine is not married but is in a relationship with William Rusan. It has been a long time since the duo started dating and also enjoys a healthy relationship. Theo and William had known each other from Chicago, and both of them were friends, and later, friendship turned into a relationship. 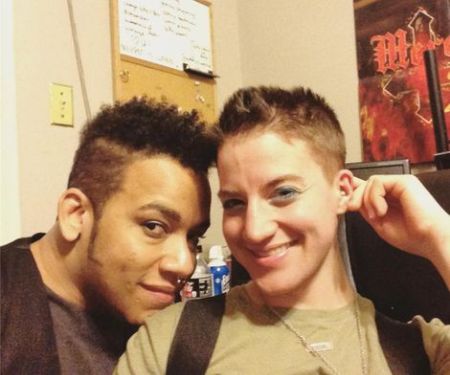 Both are enjoying a live-in relationship and are happy together.

Theo Germaine was born in 1988 in Murphysboro, Illinois, United States. He belongs to white ethnicity and holds American citizenship. He spent the majority of his childhood in his hometown Murphysboro along with his family.

Theo has graduated from the University of Illinois. After his graduation, he moved to Chicago for his career as an actor. He worked as the cafe until he got a job in television series The Politician.

Theo Germaine advocates for trans performers and wants to see them on a big screen as anyone else.

He is also quoted,

I want to see trans actors in major projects, like Marvel movies and rom-coms, and just have all the opportunities that other actors have been given for forever