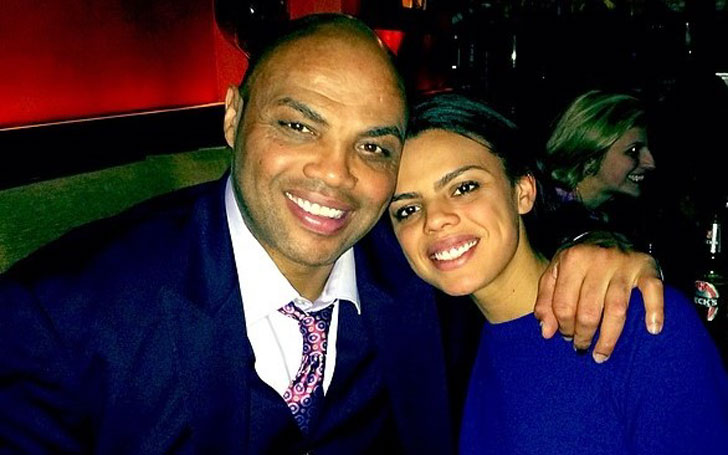 "I am not a role model," says Charles Barkley
He is one of the few NBA  players ever to have a stable married life. Married to Maureen Blumhardt in 1989, he's still living a happy life. The couple has a daughter aged 28. We talk about  Charles Barkley's marriage and personal life here.

Charles Barkley got married to Maureen Blumhardt married in 1989 during the time when Maureen was working as a legal aide in Bucks Country and he was playing for the 76ers.

Some online sources have claimed that their interracial marriage caused controversy in the 80s and 90s, but none of them have directly commented on the topic. Apparently, the marriage was unpopular in some areas of Philly because it was a mixed-race marriage.

The constant support and love are two secrets to their successful marriage life! They have't had any divorce rumors as well.

Barkley joined the team in 1984, two slots after Michael Jordan, and remained in the team until he was moved to Phoenix in the 1992-1993 season. The Berkley family lives in Scottsdale, Arizona, in a home that they have reportedly owned since the late 1990s.

If I had a nickel for every time I said to myself "just one more episode" while watching a series on demand.....I'd have a TON of nickels!

Reportedly Barkley first met Maureen in a City Avenue restaurant while she was working as a model and legal aid, as cited by ITW.  The couple rarely attends events together but that doesn't mean the couple isn't  happy with each other. Theirs is one of the happiest marriages in NBA players' history.

Maureen is a former model and honorable member of the Fresh Start Women's Foundation, which aims to provide women with “education, resources, and support to positively transform their lives.”

Image: Maureen with her daughter Christiana

Even being the wife of one of the 50 Greatest NBA Players of all time, she keeps a low profile and rarely attends public events with him.

In March 2016, Blumhardt did a photo shoot with her daughter for Fresh Start Fashion Gala, which raised more than $1.5 million to support the Fresh Start Foundation.

The Barkley couple has a daughter Christiana Barkley who is their only child. Christiana turned 28 this year, she recently graduated with a journalism degree from the Columbia University New York, according to her Instagram post of 18 May.

She seems proud of her parents and supports them who obviously love her and supper her back. Christiana also makes appearances with her parents in several events.

What is Former NBA Player Charles Barkley Up To These Days?

Former NBA Player Charles Barkley played for Philadelphia, Phoenix, and Houston for 16 seasons in NBA, and retired from his playing career in 2001. After retirement, he began working as the studio analyst for TNT network.

He has appeared in several television shows like Saturday Night Live, Football Night in America, NBA Inside and so on. Charles Barkley also published a book in 2002 and appeared in some episodes of Modern Family.