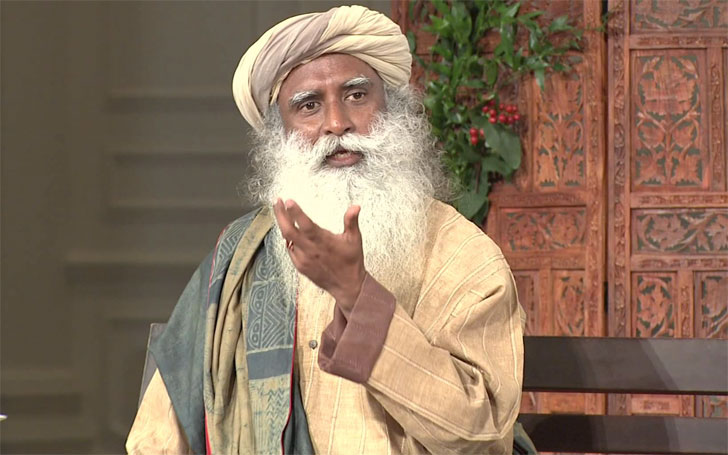 “There is nothing else to do here except live. The only choice you have is to either live superficially or in a profound manner" – Jaggi Vasudev (Sadhguru)

A Yogi Mystic, Visionary and Humanitarian leader Jaggi Vasudev, is a New York Times best-selling author. He is the founder of Isha Foundation, a nonprofit organization which offers yoga programs around the world, including India, The United States, UK and other countries of the world.

On 13, April 2017, the Government of India honored him with the highest civilian award Padma Vibhushan award for his contribution to the larger well-being of humanity.

Five Interesting All Facts You Need To Know About Sadhguru

Sadhguru felt he had an incomplete task lingering in the deepest reaches of his mind at a young age which led him to enlightenment.

He shared his enlightenment experience in one of his lectures. On September 23, 1982, he rode up Chamundi Hill in Mysore City, Bangalore (his hometown) and went to a particular rock – a huge rock wish was his usual place and sat there with his eyes open.

After a few minutes he experienced an unusual feeling which was beyond his imagination and in that moment he thought it was not him someone else in him.

He thought this madness lasted for 5- 10 minutes but when he came back to his normal way of being, he had spent four-and-a-half hour that way. He was sitting right there fully conscious, that was the day Jaggi Vasudev got enlightened and became Sadhguru.

2. Sadhguru Was  Quite Fond of Adventures and Bike Riding since his Childhood

As a child, he was active, curious and intelligent, he also had great interest in and love for adventures. He started doing Yoga at the age of 12, under the guidance of his teacher Malladihalli Sri Raghavendra Swamiji – Jaggi did a short course with him and continued practice as he thought it changed his life. 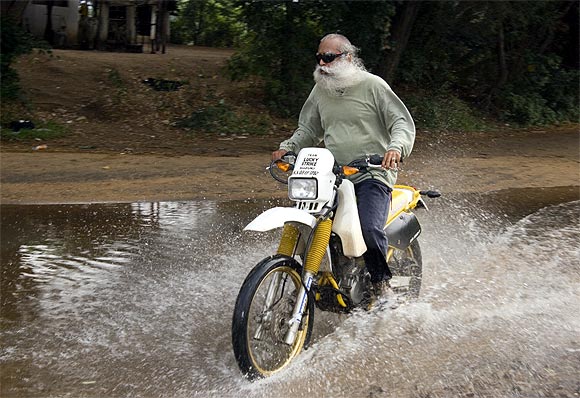 When he was young, he was fond of motorbike riding – he traveled across India on motorbikes with his friend. They usually went to Chamundi Hill, the same spot where he was later enlightened, and enjoyed the nature. He quit his roadie life and started teaching yoga and preaching spirituality once enlightened.

After his enlightenment, Sadhguru started teaching yoga and life’s principles to people. As his journey continued he established Isha Foundation in 1992. It locates at Coimbatore, Mysore. Isha Foundation offers yoga programs and unifies social and community initiatives to promote humanitarian efforts and nature conservation.

Being #secular and being #spiritual are not contrary. “Secular” is therefore not a new idea.https://t.co/oNQOM4QkHN

Isha Foundation runs several projects which help to improve people’s physical and mental awareness. The main project of Isha is Project Green Hands, which aims to plant 114 million trees throughout Tamilnadu State and increase the forest area in the state to 33 percent.

There is no such thing as ancient yoga or modern yoga. #Yoga is about the human mechanism. It is relevant for all times. –Sg #YogaDay

In 2012, Sadhguru’s Project Green Hands was awarded the Indira Gandhi Paryavaran Puraskar by the Government of India. He is one of the respectable yogi and spiritual masters of the World who has played a significant role in the wellbeing of millions of people.

Sadhguru is a renowned author who has written several books in English, Tamil, Hindi, Kannada, and Telugu. His book Inner Engineering: A Yogi’s Guide to Joy, was the New York Times best-selling books in 2016. ''This book is one of the memorable books of the year,'' wrote Washington post.

Sadhguru himself and his fellows conduct workshops in several parts of the world. If you are really interested and do not have much time to attend in person, you can learn online as well. His preachings are also popular on YouTube and he also appears weekly on the talk program called A Conversation with the Mystic where he talks to various Bollywood celebrities, Karan Johar for example.