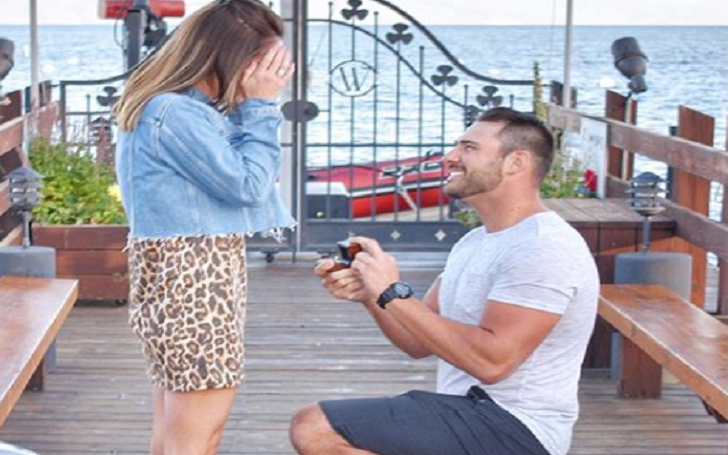 Ben Zorn and Stacy Santilena are all set to get married! Yes, the Bachelorette star is now engaged to his longtime girlfriend.

The reality television star, 30, took to Instagram on Sunday, August 25, to announced the exciting news, with sharing two photos from the romantic proposal. The pictures show the personal trainer getting down on one knee and popping the questing to the dental assistant.

She said yes! • Friday 8/23 I asked this beautiful women to marry me on the shores of Lake Tahoe, CA a place that’s always meant so much to us. @ssantilena you are my best friend and I’m so lucky I get to call you mine! I couldn’t be more excited to spend my future with you! • Let the Wedding planning begin! • MORE PICS TO COME!

The wife-to-be shared the same photos on her Instagram account to share the engagement news. She told her fans that the proposal was held on Friday, August 23, at approximately 6:30 pm.

Ben and Stacy started dating following his exit from Bachelor in Paradise in 2017. They made their relationship official on Instagram in September 2017.

During his appearance on the 11th season of The Bachelorette, Ben romanced Kaitlyn Bristowe in 2015. He later appeared on Bachelor in Paradise season 4.