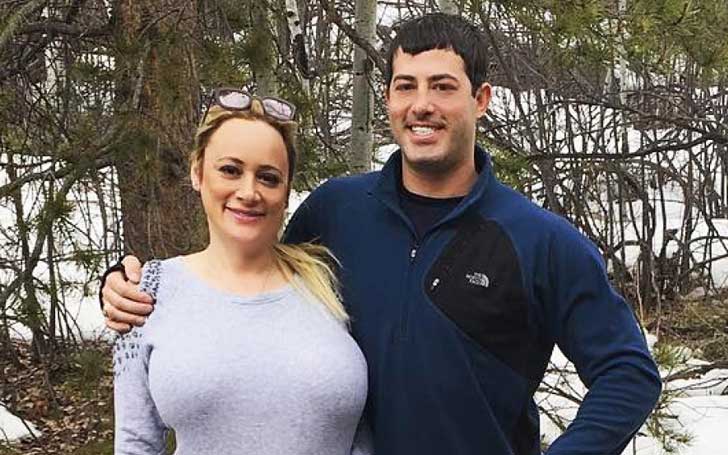 The 33-year-old reality star Rose took to her Instagram on Wednesday announcing the arrival of the new addition to her family where she shared a collage of photos from the delivery room.

"Welcome to the world, Aspen Rose Sanders. We love you so much," the new mother captioned the pictures.

So excited to announce that we will soon be a family of four! Baby Sanders coming this August . #bigsis #twoundertwo #familyoffour

The baby girl is the second daughter for Rose; the first with husband Sanders. She also has a 23-month-old daughter Holland Gentry from her previous relationship with ex-fiance Galen Gentry.

Rose and Sanders, who tied the knot last December named their daughter after the couple's special place. Rose said,

We named her Aspen because that's where we fell in love and also after my grandfather Albert, who was a real estate developer in Aspen.

Days before her delivery, Rose shared a photo revealing her 39-week baby bump where she wrote: "In honor of #bumpday yesterday-there's nothing wrong with liking your pregnant body."

In honor of #bumpday yesterday- there’s nothing wrong with liking your pregnant body! Such a different experience for me this time than last time.  #girlmom #39weekspregnant #39weeks #almostdue. See you soon !!

Two days before she gave birth to her daughter, she documented their outing on where she said,

Last family pool day before we become a family of four. You can see how tired I am as my due date is in 3 days!

Erica announced the upcoming arrival of her first child with her husband Sanders in an Instagram post on March 22. She announced the happy news to her fans just three months after she got married to Sanders.

The couple exchanged their vows in a wedding at Congregation Emanu El in Houston Texas. They were engaged for two months at the time of their marriage.