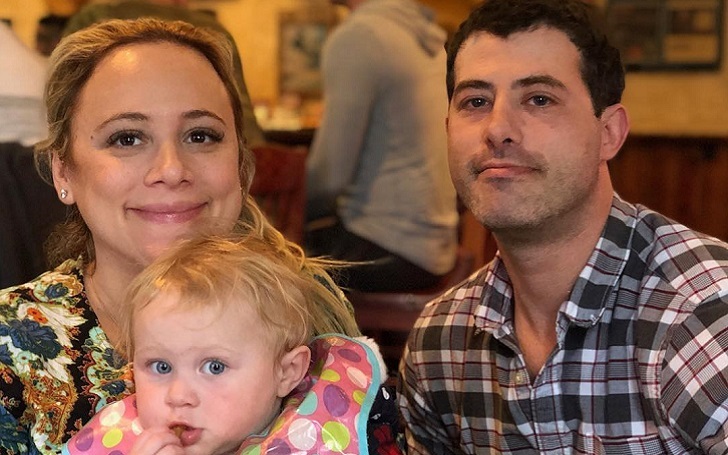 Erica rose sanders of the bachelor's fame is expecting her first child with husband, Charles Sanders.

On March 22, Thursday the bachelors' alum star, Erica Ross took to Instagram to share the big news with her fans to celebrate the arrival of her first baby very soon. 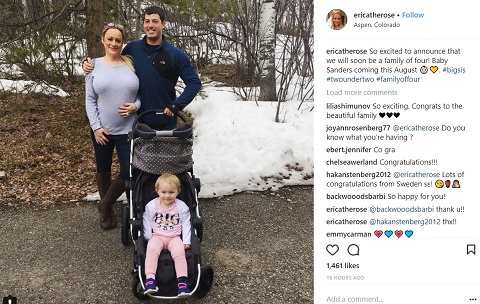 The 34-year-olds shared a picture on Instagram where she featured along with her 1-year-old daughter, Holland. She captioned the photo:

“So excited to announce that we will soon be a family of four! Baby Sanders coming this August,”

Erica Ross married the Texas-based investor two months after their engagement in December. In a US weekly interview, Ross shared the details of their marriage.on that happy occasion she shared:

“Charles and I are both obsessed with the ‘90s so we want our theme to be ‘90s for the party,”

“I’m going to wear a tiara for the wedding and Charles wants to wear a crown!”

The high school sweethearts first met in school and years later they reunited. Ross who was formerly in a relationship with Galen gentry shares Holland with her former. They shortly split after welcoming Holland.

Earlier in talks with US Magazine, Ross shared that Charles was the one one who she was looking for when the couple went for a vacation in Aspen, Colorado in 2017. Remembering a moment when Holland was sick, Ross expressed the gesture when Charles showed a caring side. She said:

“Holland was having altitude sickness and he took care of her. I never told a guy I loved him first in my entire life, but I said it then. We were going to bed and I told Holland I loved her and then I said to Charles, ‘I love you, too.’ And he said it back.”

Congratulations to the couple who are expecting the arrival of their new one very soon.