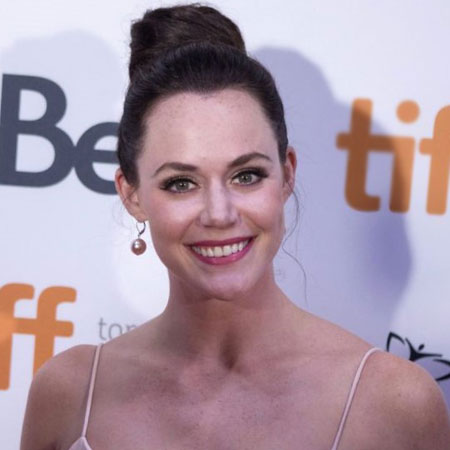 Tessa Virtue is a Canadian ice dancer who won the 2010 Olympic Champion, the 2014 Olympic silver medalist, three-time World Champion, and seven times the Canadian National Championship. Besides that, she also won the Grand Prix Final champion and World Junior Champion.

The proficient ice dancer Tessa Virtue was born Tessa Jane McCormick Virtue on May 17, 1989, in London, Ontario, Canada. She was born as the youngest of four children of parents Kate Virtue and Jim Virtue. She has three siblings two brothers Casey Virtue and Kevin Virtue, as well as a sister named Jordan Virtue.

Virtue attended Holy Names High School in Windsor and began living in Canton, the USA due to her training. She enrolled in the University of Windsor in 2007 to study psychology and later she attended The University of Western Ontario.

The talented ice dancer started her career with Moir, where they both were teamed up in 1997. After they won the Canadian junior title and became the first ice dance team to receive a 10.0 for a program component score under the new ISU Judging System.

Tessa and Moir became the first former World Junior ice dance champions to win the Olympics. They were also the first and one and only couple to win the gold medal on their Olympic debut. In the year 2004-2005, they won the ISU Junior Grand Prix and also an event in China and the silver medal at the event in France which also qualified them for the Junior Grand Prix Final.

The pair remained at the junior level internationally in the 2005-06 season. At the Canadian championships of 2006, they stood in the 3rd position and were named as first alternates to the Olympic team. Following every season, they participated in the games till 2017.

Tessa and Moir along with the co-writer Steve Milton published a book about their career titled “Tessa and Scott: Our Journe from Childhood Dream to Gold.”They have also toured with “Stars on Ice” in Canada and Japan where they performed in ice shows including Festa on Ice, Shall We Dance On Ice, and All That Skate.

Tessa Virtue's Salary And Net Worth

As Tessa Virtue is the dominating athlete from Canada in Figure skating, she has won the gold medal for Canada in the 2010 Vancouver Winter Olympics. She has also won numerous gold and silver medals. According to some famous net worth sites, Tessa Virtue's net worth is estimated to be around $5 million as of 2019.

It has been reported that the International Olympic Committee doesn't reward the medalist with a money prize, but many countries gave their winner $37,500 for each gold medal, $22,500 for each silver, and $15,000 for each bronze. Therefore, Tess's Olympic journey also earned her a hefty amount of money.

There is little known about her houses and assets, but we can say with no doubt that a two-time gold medalist is spending a nomadic lifestyle.

Who is She Married?

But there’s a rumor that she is dating her dance partner Scott Moir after she broke up with her former boyfriend David. People speculated about their relationship, after the 2018 winter Olympics.

During the game, their on-ice chemistry led many of her fans and media to believe that she has been romantically linked with Moir, however, they never confirmed their relationship.

While the information about her love life was hidden from the media, her rumored beau Moir confirmed his engagement to his fiance Jaclyn Mascarin at the Hometown Walk of Fame Canada event, in August 2019. Hopes the couple will become husband and wife soon.