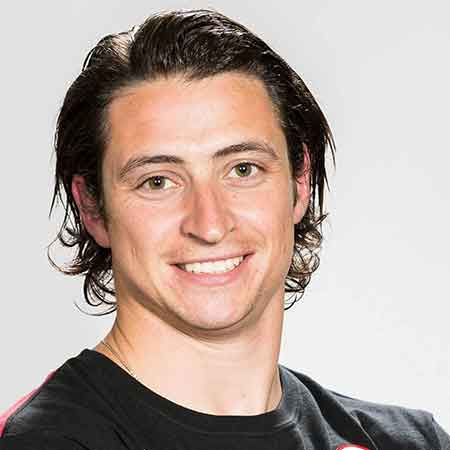 Scott Moir is a Canadian figure skater who along with his partner Tessa Virtue has won eight Canadian Championships, three world championship, and two Olympic gold medals and silvers. The pair were originally paired by Moir's aunt when they were just kids and eventually they came to be professional partners.

Scott Moir was born Scott Patrick Moir to parents Alma MacCormack and Joe Moir on September 2, 1987, in London, Ontario, Canada. He grew up in Ilderton, Ontario with his younger brother Danny and Charlie Moir. Most of the people of his family are skaters. 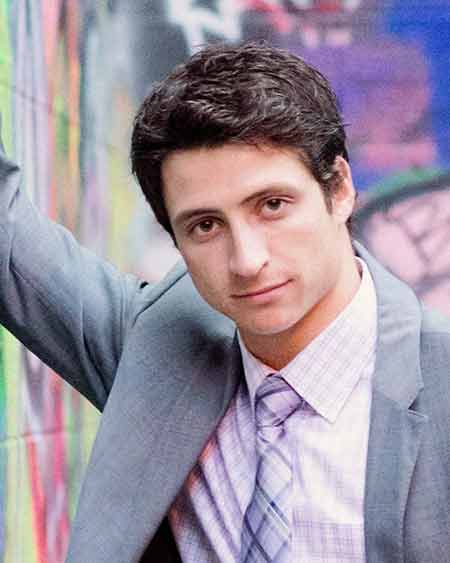 His cousins Sheri and Cara Moir are skaters who competed at the 2007 World Synchronized Skating Championships for Canada's NEXXICE team.

He enrolled at Medway High School at Arva, Ontario. He also attended AMDEC high school which is an electronic learning school.

Moir started skating in 1997 with skating partner Tessa Virtue. His aunt paired them after which they started training in Kitchener-Waterloo, Ontario under coach Paul MacIntosh and Suzanne Killing.

Moir and partner Virtue debuted in the Grand Prix in the 2006-2007 season. They competed on a senior level and firstly took part in the 2006 Skate Canada International for which they won a silver medal. After winning the Canadian National title at the 2008 Canadian Championships they competed at the World Championships.

They won the 2008 Four Continents Championships and also competed in the world championships in Sweden where they won the silver medal. In the competition, they won the free dance segment and danced to The Umbrellas of Cherbourg soundtrack.

Virtue suffered from a medical condition known as exertional compartment syndrome due to which they had to withdraw from the Grand Prix events. They again returned to skating in 2009, participated in the Canadian Championship which they won and received a goal medal.

Moir and Virtue started their Olympic career in the 2009-10 season at the 2009 Trophee Eric Bompard where they finished at a margin of 16.07 points. They competed in the ice dancing competition from February 19 to 22 in the 2010 Winter Olympics, ranked second in the compulsory dance segment earning 42.74 points.

In the original dance segment, they won gathering 68.41 points and in the free dance, they earned 110.42 points, winning a gold medal at a total of 221.57 points. From the win, they were titled as the first Canadian and North American to ever win this title. 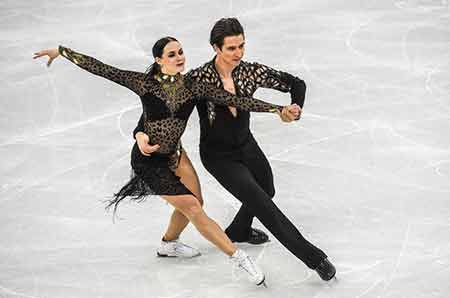 In his Olympic career, he has won the World Champion thrice once at 2010 and others at 2012 & 2017. The pair were the winners of Four Continent Champion three times. Moir and Virtue are amazing on the ice floor as well and have 9 Canadian National Championship to their name and the 2016-2017 Grand Prix Final Championship.

The pair participated in the PyeongChang 2017 in Gangneung, Korea securing gold medals in ice skating and in all the team events being the first ice skaters to have this achievement. In total, they have five career Olympic medals.  They also appeared on TV shows like Shall We Dance on Ice?, Tessa & Scott, PyeongChang and XXIII Olympic Winter Games.

Scott Moir is estimated to have a net worth of $2 million but it is not really confirmed. He and partner Tessa Virtue has won several awards winning good amount for their win.

As gold medalist is not given any reward money by the International Olympic Committee but they are rewarded with some bonus income by their own country. The U.S Olympian earns $37k for winning a gold medal, $22k for silver and $15k for bronze. As for Canada, gold, silver and bronze medal winner gets paid $20k, $15k and $10k respectively.

Moir is not married nor he is involved in any romantic relationships. There are rumors about his love relationship with fellow partner Tessa Virtue but none have agreed to it. They are just professional partners. The pair is said to co-produce their own tour in the summer of 2018. According to them, the tour will be a mixture of dances, rock concert, and a traditional skating show basically a Thankyou Tour.

They are busy searching for a location for their tour execution and searching for other necessities like finding directors, choreographers, costume designers and finding sponsors. Their main motive behind this tour is that they want to perform for the fans and people who don't get to watch figure skating like others.

They were caught up in a controversy as Moir and Virtue accused their coach of not focusing on them like she did to other skaters.

OLYMPIC CHAMPIONS! We couldn’t have done this without you, Canada. Thanks to all who could #BeTheCheer #partner

He has around 193k followers on his Instagram as of July 2018 and has posted 18 pictures. On his twitter, he flaunts 96.8k followers.