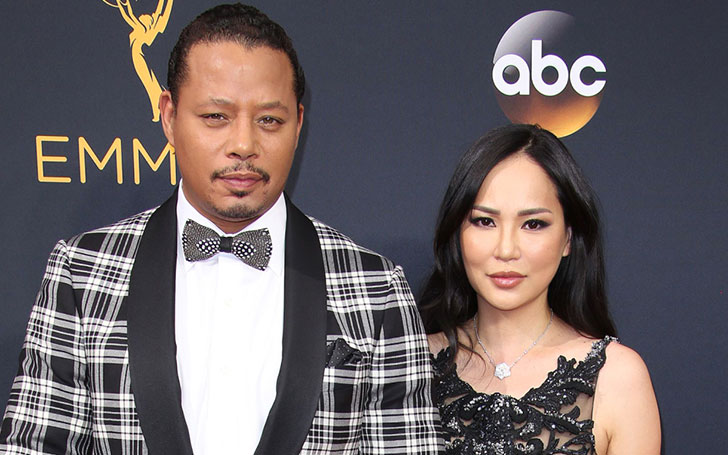 After Three Years Of Divorce Terence Howard And His Ex-Wife, Mira Pak Are Engaged Again!!!

Terrence Howard proposed to his ex-wife Mira Pak again. After their divorce in 2015, three years later the Empire star Terrence was engaged to his former wife Mira Pak on Tuesday night.

Thank you @benballer @ifandco The Most Gifted Jeweler in The World!!! Valentines coming soon, let’s show them how to truly Love your Woman! @jeanneyangstyle get ready this a family affair! @crustaceanbh thank you for making the night extra special. #bloodisthickerthanwaterbutloveisthegluethatbindsus

2nd times a charm to rekindle that fire mayne.  Congrats @theterrencehoward and Mira on their engagement! My brother Terrence commissioned me to make this beautiful 7 carat VVS diamond “BEN BALLER Setting” Rose Gold engagement ring. Only the best for you guys. #TerrenceHoward #MiraHoward #BenBallerDidTheRing  #IFANDCO

Terrence also gave an emotional toast in front of his friends, family, and his fiancee Mira after the proposal saying:

"It took me 45 years to find you but now that I have you in my 50th year, I will spend the rest of eternity at your side."

This is the second time that Terrence proposed to his ex-wife Mira. The couple was first married way back in 2013 when Mira was pregnant with their first child Qirin. Later on, in 2015 Mira filed a divorce.

This will be Terrence's fifth marriage. In 1989 he was first married to Lori McCommas. They divorced in 2003 and again got married in 2005. After 2 years they separated in 2007. Similarly, back in 2010, Terrence was briefly married to Michelle Ghent till 2013.