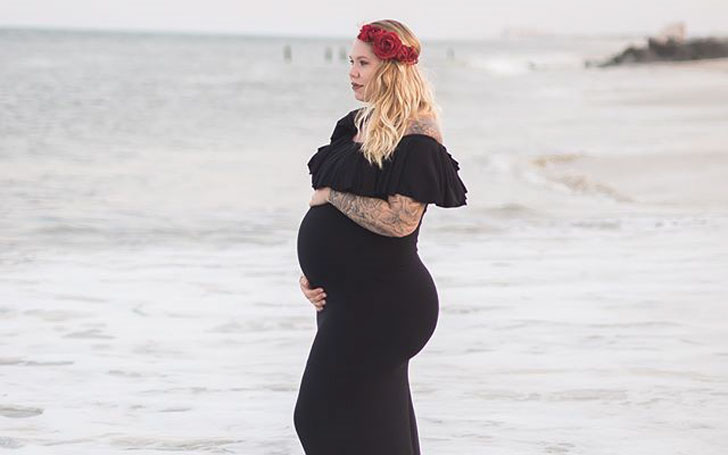 Teen Mom 2 star who is adorably known as Mother of Boys online, Kailyn Lowry, has welcomed her third child, a son. Lowry who is already a mother to her two Sons(Issac 7, Lincoln 30) whom she shares with ex-husband Javi Marroquin, gave the birth to her third child on 3 a.m Saturday, Aug  5. This time around there seems to be a lot of curiosity as Lowry hasn't revealed who the father of her newly born baby boy.

Who is Kailyn Lowry's third son's father? We are discussing it all here!

Lowry first announced the news of her third pregnancy on February 23, 2017-  fans were talking about her pregnancy for weeks when she confirmed it with her social media post.

After the news of her pregnancy broke, Kailyn Lowry, however, repeatedly posted her baby bump pics on her social media. She went to different tours in her pregnancy period with her two sons.

Kailyn Lowry gave birth to her third son on the morning of Aug 5. According to sources, the baby was 7 pounds and 15 ounces.

During her pregnancy period, Lowry said that she is very happy her two sons have a new sibling, and her family and loved ones are also really excited as well.Lowry did say that she wants a baby girl this time, but she was again blessed with another son.She is famous as the Mother of Boys online.

Even with such a strong presence online, Lowry hadn't disclosed the name of her third son's father for a long time. There was a little possibility that her ex-husband, Javi Marroquin, could be the father as she showed no intention of getting back together with him after the divorce. Lowry, however, revealed the name of the baby's father in a recent Instagram interaction with her fans.

Who is the Father of Kailyn Lowry'sThird Baby Boy??

Fans and followers are still confused who the father of Kailyn Lowry's newly born third boy is. There's nothing to get muddled about, Lowry recently confessed that her friend Chris Lopez is the father of the baby boy.

During an Instagram session, Lowry asked her fans for the name of the newly born baby when amidst joke she revealed her friend Chirs Lopez was the father.

MTV's TM2 star is having a wonderful time with her new baby and is hoping for a good future.Let's see what changes the newly born boy can bring in Lowry's life.