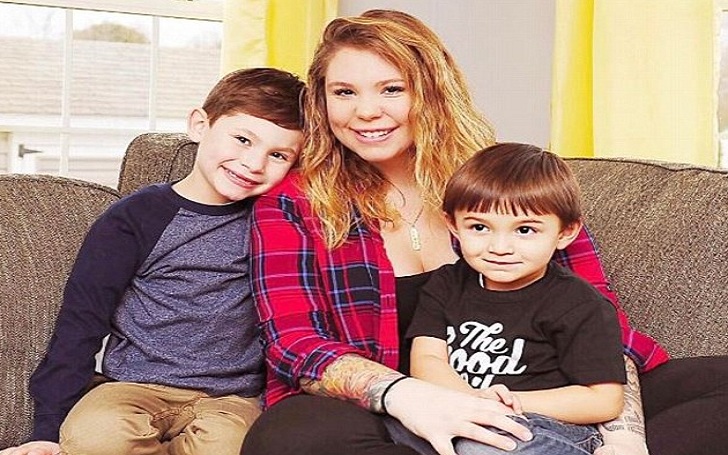 Kailyn Lowry is the mother of three children now. She recently gave birth to her third son and first with her current husband Chris Lopez on August 5.

The 25-year-old Teen Mom 2 star gave birth to a baby boy at early 3 a.m on Saturday who weighed 7 pounds and 15 ounces. Lowry revealed the news of the birth of her child retweeting from a long tweet as " Mother of Boys".

Previously in February, she announced her pregnancy with a post on her blog which read:

Having another child is something I am so happy about and I just can't wait. My boys are so excited, those who love me are so excited, and I hope that everyone can just be happy for me during this time.

The MTV Reality star has two sons, Issac, 7 and Lincoln, 3 from her previous relationship with Jo Rivera and ex-husband Javi Marroquin.

#currentstatus Thanks for the candid @bone_estrada ??????

Lowry previously did not mention about the father of the soon to be born child. However after several rumors, speculation and a report by Ok! Magazine asking if Chris was the father, she confirmed the report on May 2 with a tweet:

Ancestry DNA & yeah he is... stop with the headlines already

According to some sources, she is planning to raise the child on her own and has nothing to do with Chris Lopez.