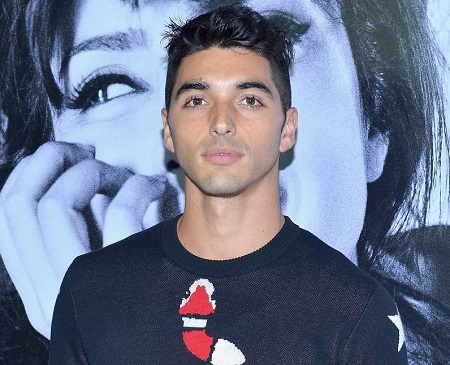 Taylor Zakhar Perez is a rising American movie actor who grabbed huge attention for appearing as Marco in the Netflix teen-romantic comedy movie, The Kissing Booth 2. He worked in the film alongside stars like Jacob Elordi, Joey King, Joel Courtney, Meganne Young, and so on.

Where Was Taylor Born?

Taylor was born on 25th December 1991 and is 28 years old. He grew up in South Side, Chicago. He later moved to Los Angeles to pursue an acting career. His nationality is American and belongs to the Mexican background.

Taylor was a competitive swimmer in high school.

Taylor, before entering the entertainment career, was a competitive swimmer. He actually started his professional acting career in theatre and modeling. He started acting journey in opera houses performing in musical theatre.

Upon moving to Los Angeles, the 28 years old actor made acting debut appearing in a guest role in Young and Hungry. He then appeared in Cruel Intentions alongside Peter Gallagher and Sarah Michelle Gellar.

After that, he starred in series, Embeds. Besides this, he has appeared in shows like Code Black, Scandal, and 12 Deadly Days. However, Taylor grabbed huge attention for portraying the role of Marco in the television movie, The Kissing Booth 2.

Another reason behind Taylor’s fame is his personal life. It’s true that the actor has not disclosed anything about his relationships and dating history.

However, as of now, Taylor is rumored to be dating co-star Joey King. The reason behind their romance speculations is the posts and captions they have uploaded on their respective Instagram.

Happy Friggen Birthday @joeyking Honestly I could write about this woman all day. She is the reason I joined the KB2 family, she welcomed me with open arms and love, she supported me, she pushed me, she made me laugh (like pee my pants laughter and had to check my underwear), she inspired me to be a bettter actor, she shared her family with me, THE LIST GOES ON. Grateful for you forever. #tbt

While talking with Metro, Taylor mentioned that they are not dating, but he would love to date her.

Taylor, who has appeared in many projects, has now been a sensational personality in Hollywood. He, no doubt, earns a considerable figure of money from his acting profession.

As of 2020, Taylor Zakhar Perez’s net worth is estimated to be around $400 thousand. As an actor, he might be earning approximately $50 thousand.

As of 2020, Taylor Zakhar Perez’s net worth is estimated to be around $400 thousand. As an actor, he might be earning approximately $50 thousand.