Taylor John Smith is an American actor who is best known for his role as John Keene in the series Sharp Objects. He has appeared in a number of films, including Wolves, You Get Me, Hunter Killer, The Outpost, and Shadow in the Cloud.

Smith is unmarried and has no wife or kids for now. While there is not much information about his personal life, he appears to be enjoying his bachelor lifestyle. The 25-year-old was in a relationship with model Jamie Villamor in the past. Villamor, 40, is repped by Las Vegas models and is known as an arms supporter, becoming a sponsored shooter for Rock Island Armory and Armscor. The pair attended the 11th annual Fighters Only World MMA Awards at Palms Casino Resort together in Las Vegas, Nevada. They probably called it quits in late 2019. Jamie now appears to be dating fitness model and personal trainer, Mike Chabot.

On the other hand, Smith has kept his current relationship status under wraps following the split from his longtime girlfriend. In 2016, he was in a relationship with Andreina Serrano, who is a journalist as per her Instagram bio.

What is Taylor John Smith's net worth? His Movies & TV Shows

According to some online sources, Smith has an estimated net worth of $300,000 as of 2021. He started his professional acting career in 2012 with the episodic role of Braden Sullivan and Rob "Turk" Turkla in the crime drama series Perception and CBS's CSI: Crime Scene Investigation, respectively. The 25-year-old made his film debut two years later, appearing in the horror-comedy film A Haunted House 2, which ama s sed $25 million against the production budget of $4 million. 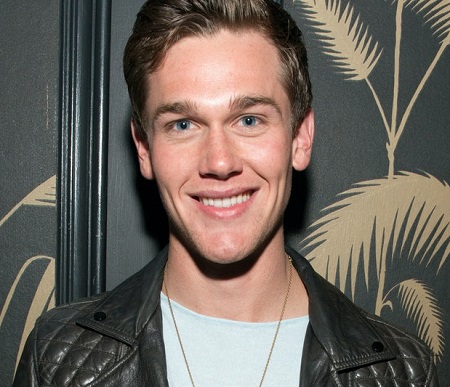 That same year, Taylor John appeared in the romantic comedy film Some Kind of Beautiful, starring Pierce Brosnan, Jessica Alba, and Salma Hayek. He also had a small role in the 2015 supernatural horror film Insidious: Chapter 3, which is the third installment in the Insidious franchise and a prequel to the first two films.

It was a box-office hit, grossing $113 million against a production budget of $11 million. In 2015, Smith guest-appeared on a number of tv series such as Chicago P.D., Grey's Anatomy, and Hart of Dixie. Recently, the 25-year-old played Lieutenant Andrew Bundermann in the war film The Outpost and Staff Sergeant Walter Quaid in the action-horror film, Shadow in the Cloud.