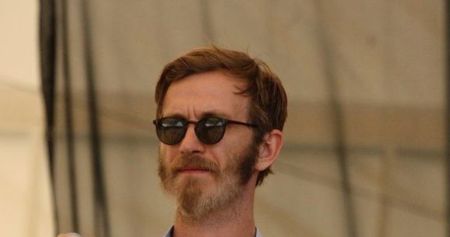 Tay Strathairn is an American actor and musician mostly known for his acting performance in Nomadland, Lone Star, and Eight Men Out. Apart from acting, he was a former member of the rock band 'Dawes' and 'Edward Sharpe and the Magnetic Zeros.' Moreover, Tay is also well known as the son of renowned actor David Strathairn. Similarly, he is the former husband of actress Grace Gummer.

Tay Strathairn was born on October 31, 1980, in New York, the United States, to actor David Strathairn and nurse Logan Goodman. He was raised with his brother, Ebberly Strathairn.

He 40 years old as of 2021. He holds American nationality and belongs to mixed ethnicity of English, Scottish, Irish, and Portuguese.

In 1988, Tay Strathairn made his on-screen debut in the drama-history-sport film Eight Men Out. The film starred actors like Jace Alexander, John Cusack, and Gordon Clapp.

He then played a young Sam in the drama-mystery Oscar-nominated film Lone Star starring Chris Cooper and Stephen Mendillo in 1996.

Apart from acting, he was a former member of the rock band 'Dawes' and 'Edward Sharpe and the Magnetic Zeros.' 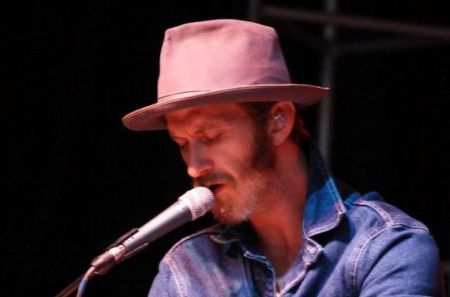 With his band Dawes, he has been involved in numerous song music videos like Dawes: From a Window Seat, Dawes Works Through Writer's Block, and Dawes: Things Happen.

Similarly, Tay released tracks such as Home, 40 Day Dream, That's What's Up, Mayla, Fiya Wata, and more with his band Edward Sharpe and the Magnetic Zeros.

As of his recent work, he was cast as James in the drama film Nomadland in 2020.

What Is Tay Strathairn's Net Worth?

Nomadland star has earned a good amount of riches from his successful acting career. He is believed to have an estimated net worth of $500 thousand as of 2021.

On the other hand, his father, David Strathairn, has a whopping net worth of $8 million, which he collected from his professional life as an actor.

Meanwhile, his former wife, Grace Gummer, has a net worth of around $5 million at present. She adds hundreds of thousands of paycheck through her career in acting.

The 40-year-old actor Tay was previously married to actress Grace Gummer, who is also the daughter of the legendary actress Meryl Streep. Grace and Tay first met on the set of their parents Meryl Streep and David Strathairn's film The River Wild in 1993-they were only age 7 and age 13 at that time.

Gummer filed for divorce on March 23, 2020, in Los Angeles. She stated 'irreconcilable differences as the reason for the split, as per tabloids.

There are no details of current relationship status and is a s sumed to be single.