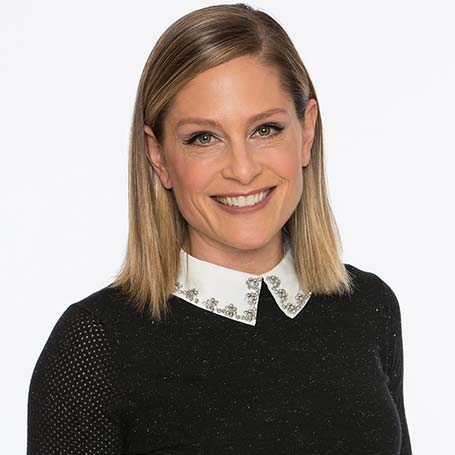 Born and raised in Montreal, Quebec, Tara Spencer-Nairn is best recognized for her work on TV series, Corner Gas. The 41 years old actress has appeared in a number of TV series and movies since the mid-1990s and some of the popular screen credit includes New Waterford Girl, Cold Squad, Bliss, and Flashpoint to name a few.

Tara Spencer-Nairn was born on January 6, 1978, in Montreal, Quebec, Canada to John Spencer-Nairn but raised in Vancouver, British Columbia. Her birth sign is Capricorn.

Taking about her education, she graduated from the Vancouver Film School.

Nairn started her acting journey in 1996 in an episode of Two and appeared in few TV series in a minor role and eventually got her major breakthrough in 2002 in Moville Mysteries. Since her debut, she has worked in several movies and TV productions and some of her most notable film appearances include  Puppets Who Kill, Relic Hunter, Bliss, Flashpoint, The Outer Limits, Final Draft and others.

In 2014, the actress starred in Corner Gas: The Movie where she played the role of Constable Karen Pelly. Later, she lent her voice for the animated series of Corner Gas.

Tara Spencer Nairn's estimated net worth is estimated to be around $500k, considering her career growth and a number of projects she involved. The average salary of a TV actress is $49k and movie actress makes $70k on an average.

Spencer Nairn also made an impressive sum from brand endorsements and other public events. Similarly, she has 20k+ followers on Instagram as of April 2019 and as per the source, she makes $126.75-$211.25 per sponsor post.

Tara Spencer Nairn is happily married to her longtime boyfriend turned husband Josh Glover. The couple tied the knot in 2008 after dating for a few years in front of 150 guests in the balcony of the Capitol Event Theatre.

#Repost @tpl.foundation with @get_repost ??? Meet Foster... and his dad Josh, mom Tara and younger brother Carson. Last year Foster turned 7 and celebrated in a very special way. He had an ECHOage party. What does that mean? It means he received amazing gifts, but also gave some of his birthday money to a charity, and he selected the Toronto Public Library Foundation! We asked Foster - why the Library? . “Because I really like reading, and when I was little my grandparents used to take me to the library and the librarian would read us books and we’d do crafts.” . You’re our new BFF Foster!! T H A N K YOU for choosing us and for loving your library. . . . #EchoAge #BirthdayParty #ImLibraryPeople #LibraryFamily #GivingBack #SupportingCharities

Spencer-Nairn is quite open up about her personal life to media and often speak about her husband and children.