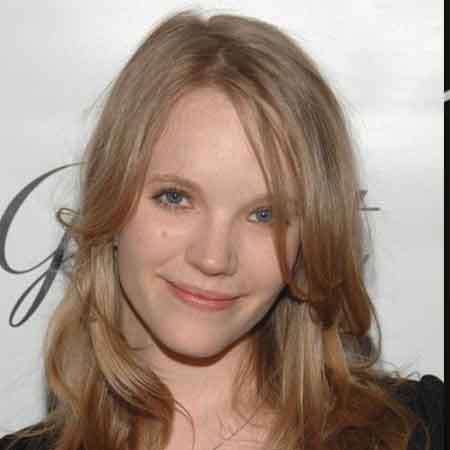 British-born actor, director, and writer, Tamzin Merchant is best recognized for her roles, Catherine Howard on the Showtime series, The Tudors from 2009-2010, Georgina Darcy in the movie, Pride & Prejudice in 2005, and as Anne Hale on the American supernatural horror television series, Salem (2014-2017). She was nominated for the Fangoria Chainsaw Award for Best TV Supporting Actress in 2017 for her role in Salem. Similarly, Merchant has directed and written four short films, three of which won awards on the indie festival circuit.

Tamzin Merchant was born on 4 March 1987 in Sussex, England, the United Kingdom under the birth sign Pisces which defines her personality to be emotional, selfless, and intuitive. After her birth, she along with her parents moved to Dubai, United Arab Emirate.

She was raised in Dubai until she turned thirteen. Merchant attended Windlesham House School in Pulborough England and, later, she joined Homerton College where she studied English and Fine Arts.  She also joined The University of Cambridge to read English Literature.

Tamzin Merchant started her career in the year 2005 after appearing in the movie named the Pride & Prejudice where she played the role of Georgiana Darcy alongside Keira Knightley.  In the same year, she appeared in the BBC television series, My Family and Other Animals.

After that, she appeared in various movies and tv series including The Good Housekeeping Guide, Casualty 1906, Radio Cape Cod, Bonekickers, Princess Kaiulani, The Tudors.

"Cotton, I've told you how I feel about those buttons. I'm worried about the electromagnets." - Anne Hale, 1692

Similarly, in 2011, she appeared in the movie named Jane Eyre as Mary Rivers, also appeared in the two tv series named Red Faction: Origins as Lyra and DCI Banks as Miranda Aspern.

Merchant also played the role of Daenerys Targaryen in the unaired pilot of the HBO hit series Game of Thrones, based on George R.R. Martin's A Song of Ice and Fire series of fantasy novels. But she was later replaced by the beautiful Emilia Clarke. Though no official reasons were given for her departure, as per the sources, Martin was not impressed with her performance.

However, it did not stop her to be Hollywood's one of the promising actresses. She went on to appear on various popular movies and tv series including Second Wind, Copenhagen, Cupid Carries a Gun, Let Me Down Easy, Dragonheart 3: The Sorcerer's Curse, The Messenger, The Dancer, The Mystery of Edwin Drood, Murder on the Home Front. Merchant was also nominated for Fangoria Chainsaw Award for Best TV Supporting Actress for her role as Anne Hale in the tv series, Salem.

She has also done few music videos including If You Got the Money, Song 4 Mutya (Out of Control) and Nobody's Empire.

As of 2018, she is working on her upcoming project which is an American drama web television series, Carnival Row directed by Jon Amiel.

It has just been a few years since Merchant entered in the world of acting industry, however. she has already ama s sed a huge sum of money from her roles in the tv series and movies.

As per the sources, her net worth is estimated to be $1.3 million and her annual salary is estimated to be around $500 thousand. Her movie, Pride & Prejudice made with the budget of $39 million earned a tremendous amount of $121.1 million at the box office collection.

Tamzin Merchant is single and yet to be married. But previously she was in a relationship with English actor Frederick Samson Robert Morice “Freddie” Fox.

The former couple first met on the set of BBC’s television series The Mystery of Edwin Drood.

The pair dated for two years and then separated. Besides that, Merchant has not been linked to anyone so far.

Check out her videos with her co-star Seth Gabel talking about the series Salem.