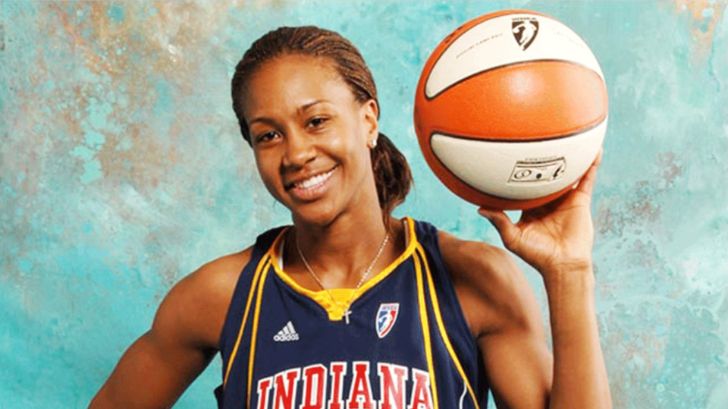 In 2012, with Indiana Fever, she won the WNBA Championship & got honored with WNBA Finals MVP. Aside from league games, the University of Tennessee graduate grabbed notable acclaims on national games. Along with the USA National Women's Basketball Team, Tamika won 4 Olympic Gold medals.

What Is Tamika Catchings Currently Doing?

Following her retirement from playing career, Tamika Catchings served as a game analyst for Women's Basketball Games on SEC Network in 2017. The same year, she became Director of Player Programs and Franchise Development for Pacers Sports & Entertainment.

Currently, Catchings serves as Vice President of Basketball Operations and General Manager of Indiana Fever. In November 2019, the official WNBA website stated about her duties expansion to General Manager, working along with the then-freshly appointed head coach Marianne Stanley.

Outside of WNBA, she once appeared in an American Ninja Warrior Season 11 episode, on July 1, 2019.

Wore A Hearing Aid As A Child

Born on July 21, 1979, in Stratford, New Jersey, the USA, Tamika Catchings is the daughter of Harvey Catchings, a former NBA player, and Wanda Catchings. Tamika had hearing loss and wore a hearing aid in the early days. Reportedly, in 2000, to honor her recovery from hearing loss, she was awarded the Reynolds Society Achievement Award by Massachusetts Eye and Ear Infirmary in Boston.

Catchings is one of 5 children of her parents; has 2 sisters (Tauja and Chrystie) and 2 brothers (Kenyon and Bryce). Her sister Tauja played at Stevenson and the University of Illinois before the WNBA draft & currently plays in Sweden.

After her parents divorced, Tamika went to live with her mother in Texas.

The Duncanville High School in Duncanville, Texas, attendant competed in WBCA High School All-America Game. Then, she enrolled at the University of Tennessee & played for Tennessee Lady Volunteers basketball team under head coach Pat Summitt. While playing as Lady Vol in college days, Tamika Catchings earned the accolades: Naismith College Player of the Year, 4-time All American, and WBCA Player of the Year.

She graduated with a bachelor’s degree in Sport Management with a Minor in Business. 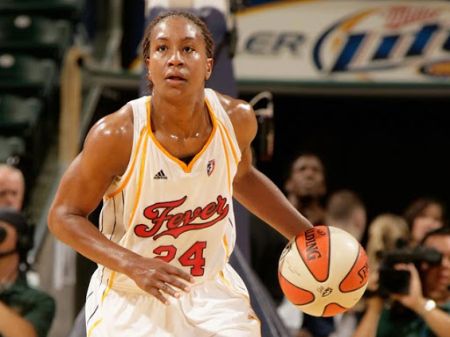 Her WNBA career accolades include 5-time WNBA Defensive Player of the Year, 10-time WNBA All-Star, and 7-time WNBA Steals Leader. She is an inductee on Women's Basketball Hall of Fame 2020 ( on June 12, 2021).

Tamika Catchings also represented the US National Women Basketball Team in international games. Along with the US National Team, she won 4 Olympic Gold Medals: 2004 Athens, 2008 Beijing, 2012 London and 2016 Rio de Janeiro. Moreover, she participated in the FIBA Women's Basketball World Cup and grabbed 2 Gold Medals in 2002 China and in 2010 the Czech Republic. In 2006 FIBA World Cup in Brazil, the US Women's team won a Bronze medal.

How Much Is Tamika Catchings' Net Worth In 2020?

According to Celebrity Net Worth, the 41-year-old retired WNBA player Tamika Catchings has $500,000 net worth as of August 2020. Without a doubt, most of her earnings came from her playing career. Reportedly, in 2012, her average annual salary was $105,500, making her one of the highest-earning WNBA players.

The Sportrac reports that the highest-base salary earning WNBA players in 2020 are Skylar Diggins-Smith, Brittney Griner, DeWanna Bonner, and Sue Bird, each earning $215,000.

Catchings owns a purchased a tea shop, Tea's Me Cafe in Indianapolis, bought in 2017, that adds considerable sum in her fortune. Since the 6ft. 2 inches tall retired basketball player is currently the Vice President and General Manager of WNBA team Indiana Fever, she indeed pockets a hefty salary in the 6-digit figure annually.

Founder Of Catch the Stars Foundation

Tamika founded the charitable organization Catch the Stars Foundation in 2004; it provides basketball camps, fitness clinics, and literacy programs to underprivileged children to encourage & facilitate them with sports and academics. An active charity worker, Catchings supports Black Lives Matter and advocates against gun violence police brutality with other basketball figures like Carmelo Anthony.

Yes, Tamika is a happily married woman and shares a Parnell Smithblissful relationship with her husband Parnell Smith. Reportedly, the duo met in July 2014 through a mutual friend & started dating soon after. Her spouse Smith is a former basketball player at the University of Buffalo. 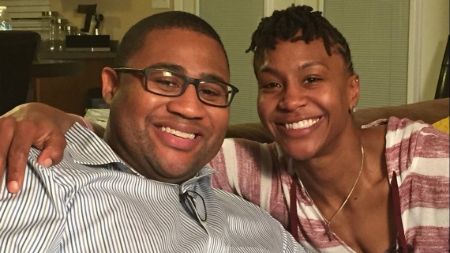 They exchanged vows on February 7, 2016, and are yet to share children. Currently, Tamika and Parnell live in Indianapolis, Indiana.  An avid Instagram (73.8K followers of August 2020) and Twitter (73.6K followers) user, Catchings often shares posts with her nephew & nieces on her social media.