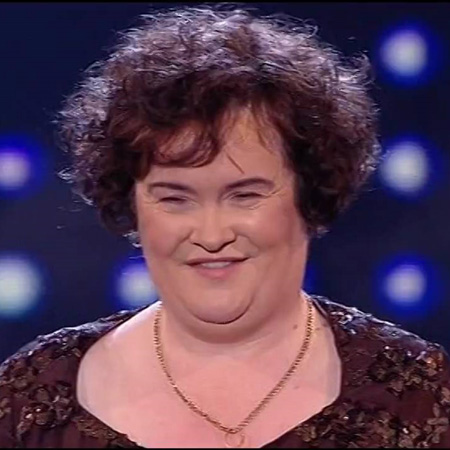 Susan Boyle is a British singer who rose to fame after her appearance on Britain's Got Talent. However, she didn't win the show but her outstanding performance helped her gain media attention and fan following. After her debut album, I Dreamed a Dream topped the charts around the world and became the UK’s best-selling debut album of all time. She has released seven albums. In 2013-14, she toured in different parts of Europe. Boyle has won two Grammy nominations and won Scottish Music Awards two times.

Susan Boyle was born on April 1, 1961, in Blackburn, West Lothian, Scotland. She is the daughter of Patrick Boyle, a miner, and veteran of the Second World War, and Bridget Boyle, a shorthand typist.

Her parents were Irish immigrants. She was born, when her mother was 45 years old. She is the youngest of four brothers and five sisters. She was bullied during her school days because of her learning disability and nicknamed "Susie Simple."

Here is a video about what happened to Susan Boyle:

Boyle left the school without graduating and started doing a job as a trainee cook in the kitchen of West Lothian College for six months. Later, she learned singing from a vocal coach,  Fred O'Neil, and attended  Edinburgh Acting School.

She used to sings for a local Catholic church in local choirs, and perform karaoke at pubs and around her village.

In 1995, she had her first audition in My Kind of People but she was mocked by judges and got rejected, but she didn't lose hope and in 1999, Boyle submitted her track on Charity CD.

Learn some unknown facts about Susa Boyle in the video given below:

In 1998, Susan recorded three songs, Cry Me A River, Killing Me Softly, and Don't Cry for Me Argentina. After then she won several local singing competitions and her mother told her to participate in Britain's Got Talent.

Britain's Got Talent And Solo Albums

In August 2008, Susan auditioned for the third series of Britain's Got Talent. In her first round, she sang "I Dreamed a Dream" from Les Misérables and she was watched by over 10 million viewers. 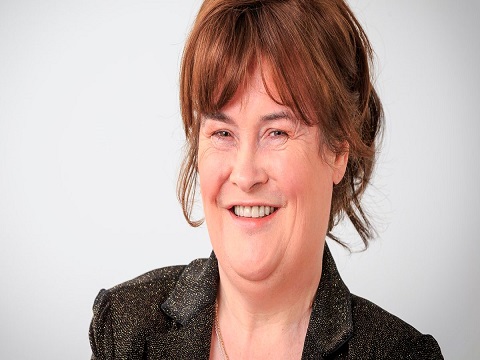 The judges loved her too and she received applause as well as appreciation from them. Simon Cowell, Amanda Holden, and Piers Morgan all praised her.

Cowell joked that he knew from the moment she walked in she was special while the other judges admitted they were surprised and didn't expect her to sing so well.

She again entered another edition of the franchise in 2019, she sang the classic Stones tune, Wild Horses for which she also got excellent praise. She sang for Simon Cowell for the first time in 9 years at the event. She was judged by Simon Cowell, Mel B, Heidi Klum, and Howie Mandel.

Mel B gave her the golden buzzer for the song. This meant that she went straight to the live shows and performed. She is a fan as well as judge favorite and her remarkable performance was viewed by more than 16 million people on YouTube in less than a month.

After BGT, she launched several albums such as; The Gift, Someone to Watch Over Me (2011), Standing Ovation: The Greatest Songs from the Stage (2012). Even she made her acting appearance in The Christmas Candle. In 2016, she released her seventh solo album A Wonderful World.

Susan Boyle's Net Worth And Charity

The Scottish singer has earned a quite impressive net worth from her singing career. She has an estimated net worth of  £26 million. Despite that, she owns a £300 fur coat and is fond of Chanel No.5.

She lives in Blackburn where she bought the house of  £65,000. She also paid £300,000  for a brand-new five-bedroom house but found it hard to settle is so moved in her niece and shifted back to the ex-council house. 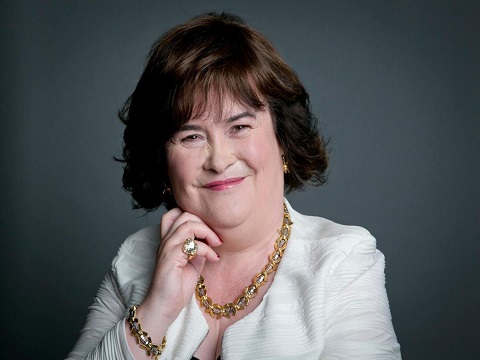 According to Forbes, Boyle lives in her family’s modest Scotland home with her cat, Pebbles. Boyle is also concerned for philanthropical activities. She has performed at several charity events.

In 2010, she performed in a charity record Everybody Hurts alongside Simon Cowell for the victims of the Haiti earthquake.

In August 2013, she sang at the Prince & Princess of Wales Hospice 30th anniversary variety performance at the Clyde Auditorium in Glasgow in October 2013.

Susan Boyle is possibly single at the moment. She lost both her father and mother. Once in 2014, she revealed, she got her first boyfriend at the age of 53. In an interview with Daily Mail, she said,

People with Asperger's do put a barrier up because they don't know how to trust people. I try not to. I want to let people in and I'd like someone who's a bit like my dad: a strong person, a fair person, probably a very kind person.

I don't want to say any more about who he is right now as that would be unfair to him, All I'll say is we are around the same age and he was a very nice guy.

The duo met at Florida hotel where both were staying during her U.S. tour. They shared a romantic lunch together.

She grew up in a large Roman Catholic family of nine children, so she is planning to adopt kids. In an interview, she told that she is serious about it, but it is a time consuming and the lengthy process.

Here are the five interesting facts about Boyle, we should know.