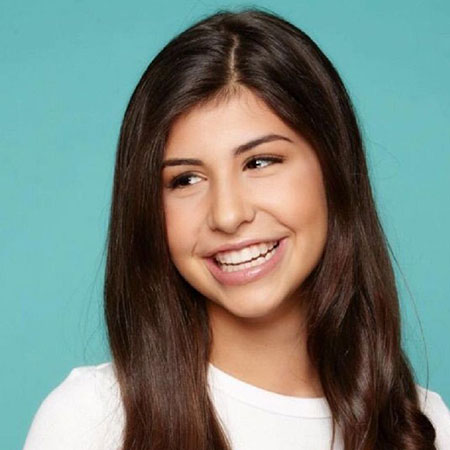 Born and raised in Dallas, Texas, Sunny Malouf is a singer as well as YouTuber. She is also famous as the daughter of one of the world's richest dentists Richard Malouf. She started garnering fame after she released her first song Lightning in a Bottle on YouTube in 2015. She is also a famous face on social media such as Instagram where she has about 1.1 million followers. She joined YouTube in September 2014 and has about 101k subscribers. Sunny is also a member of web group called TEAM 10.

Sunny Malouf was born on March 2, 2004, in Dallas, Texas, the United States under the zodiac sign of Pisces. People who are born under this zodiac has the personality of selfless, they are always willing to help others, without hoping to get anything back. Sunny holds an American nationality and belongs to Hispanic ethnicity.

Her father's name is Richard Malouf who is one of the world's richest dentist and her mother's name is Liliann Malouf. She has two brothers; Gavin Malouf and Richie Malouf. She grew up in Dallas and completed her schooling there.

Sunny started performing since her early childhood. When she grew up, she started working with choreographers and modeling agencies. In September 2015, she released her first track 'Lightning in a Bottle' which became the breakthrough number for her. Her debut track, which featured Silentó, an American rapper, steadily climbed up the music charts.

She performed her favorite songs in front of thousands of fans before she went to DigiTour. In 2017, Sunny released her first album. She started writing and composing after the release of her first album. She also signed with TMT Music Group which is beaded by global icon Floyd Mayweather Jr.

Besides singing, she also runs a self-titled YouTube channel. She created her YouTube channel back on September 11, 2014. On her channel, she uploads dancing videos, dynamic live music performances, cover songs, and some other types of videos. As of January 2019, she has about 101k subscribers on her channel and has got about 1,275,770 views.

What Is Sunny Malouf Involved In Other Than Her YouTube Career?

Besides being a successful YouTuber, Malouf is a member of web group Team 10 which was founded by a famous YouTuber, Jake Paul.  Sunny calls him a brother and even wished him on his birthday through her Instagram on January 18, 2018. 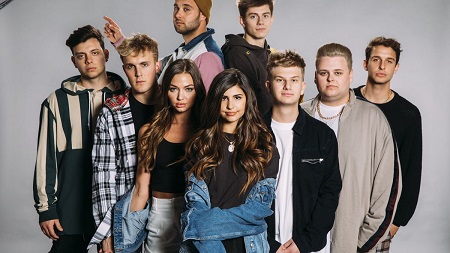 CAPTION: An American Singer and YouTuber Sunny Malouf along with other members of Team 10 SOURCE: Polygon

In May 2018, they went to several locations that included San Antonio, Houston, Miami, and Orlando. In June, Team 10 went to different states including Atlanta, Boston, New York, Detroit, Toronto, and Rosemont. They ended their tour on June 24, 2018 ar the capital of St.Paul in Minnesota.

Sunny Malouf has earned a decent amount of fortune form her career as the musical artist and YouTuber. Her major source of income is her YouTube channel which she created in 2014. According to the social blade, an average YouTuber earns about $9 to $152 monthly and $114 to $1.8k yearly from YouTube on viewers basis while they make even more from the advertisements and sponsored contents. 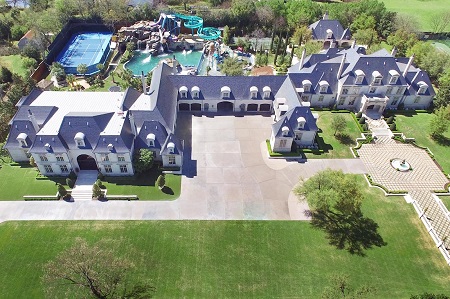 In 2016, her father Richard Malouf listed their Texas house for sale. The house that stands on 37,000 Sq. ft featured eight bedrooms, 1 tennis court, indoor basketball court, 18 bathrooms with a private waterpark. It was listed for $32 million. But in 2017, Richard devaluated his mansion's selling price from $32 million to $23.9 million.

Sunny Malouf is currently single and she is not married either. Despite being a social media star, she never shared any information about her personal life and dating history to her fans.

She has millions of followers on her social media and she keeps on posting pictures on it, however, she rarely shares the photos which can hint to her personal life and affairs. So as of early 2019, we can say that Sunny Malouf is living a single life.

You May Also Like: Keri Lewis, Chris Stapleton, Trisha Yearwood  and Keri Hilson