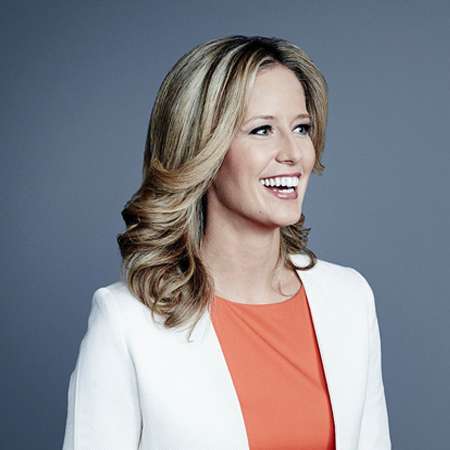 Sunlen Serfaty, an Emmy-Award winning congressional correspondent for Washington-based CNN. She is known as the television and radio producer of Washington Post. She worked as a producer from 2003 to 2004. Working as a White House and U.S. Senate reporter for ABC News, she covered the presidential campaign of Barack Obama, a former POTUS.

Serfaty has been married to the vice president and chief of staff of the U.S.-U.A.E. Business Council Alexis Serfaty for a long time and the couple is also blessed with two children.

Sunlen Serfaty was born on 6 April 1981, in Richmond,  Virginia, United States of America. Her full name is Sunlen Mari Miller. She is the daughter of the independent commercial arbitrator father William N. Miller and a marketing communications manager mother Denise M. Miller who worked in a Vancouver with a power generation services unit of Alstom, the French transport, and power equipment company.

Serfaty holds an American nationality and regarding her ethnicity, she is White and is of American heritage.

Sunlen Serfaty kicked-off her career in the media field working as a local general assignment reporter on the weekends. Later, she became a White House and U.S. Senate reporter for ABC News and covered President Barack Obama's 2008 presidential campaign. At that time, her work also appeared on the network's overnight show World News Now and on the network's news website.

In a partnership with the ABC affiliate in Washington, D.C., WJLA, Serfaty also covered a number of breaking news stories working as a local general assignment reporter on the weekends. She also did some feature stories for the ABC News affiliate in the top ten markets of the Washington, D.C – metro area.

Serfaty also worked as an associate producer of television and radio for The Washington Post from May 2003 to September 2004.

A post shared by UltimateFashionChampionship (@ultimatefashionchampionship) on Jun 23, 2016 at 4:18am PDT

Sunlen Serfaty joined CNN with a piece of precise knowledge in political campaign and White House reporting. Serfaty worked for CNN Newsource in the network's Washington bureau where news coverage was her main task. Later, she joined the general assignment team of CNN in Washington, D.C. She so far, covered the presidential campaign of Barack Obama, a former POTUS.

Extensively, Sunlen Serfaty covered the 2016 presidential election. She has even reported the Nominees of the Republican party from all over the country. She is known as the most diversified journalist on the national and breaking news with a huge knowledge of Washington politics.

Has Collected $1 Million Worth; Know Her Earning and Sources Income

Sunlen Serfaty's net worth is believed to be more than $1 million as per the online sources. An Emmy award-winning journalist, she has made a good amount of money from her journalism career.  She earns around $44,219 to $126,153 annually, according to the source.

CNN correspondent's salary is 29% lower than the national average for all Correspondents at $40,000 annually. She has extensive on-air, writing, and production experience, with specific expertise in a political campaign and White House reporting.

She also worked for CNN Newsource in the network's Washington bureau contributing news coverage for its more than 800 affiliates.

Sunlen Serfaty is a married woman. She tied her knots with her long-time boyfriend, Alexis Leigh Serfaty in 2013. She and her husband Alexis got married at the Rose Park in Georgetown. the two first met across the street from the small, green oasis that bridges East Georgetown in 2006 and began dating. 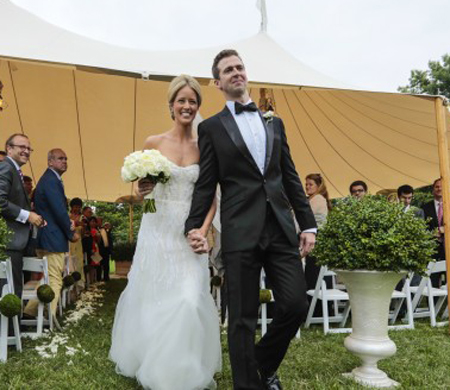 Serfaty had a crush on Alexis from their first encounter and she said,

“I said to my friend, ‘Who’s that handsome man?’ . . . It was one of those things when you see someone and you know they might have an important moment in your life, and you don’t know why.”

But they later separated in a few months when Sunlen took the responsibility of covering the election campaign of Obama.

Since their second date, they have become inseparable and eventually got married. Alexis is a policy adviser at the office of secretary, United States Department of Transportation.

The couple welcomed their first child, a baby girl named Roosevelt Jolie Serfaty in later of May 2017. The baby girl's name isn't presidential but it's very Washington- its meaning rose field is a nod to the couple's very favorite spot. Rose Park- a small green patch connecting East Georgetown and Dupont Circle. The couple has been sharing the wonderful married life for a long time and still living happily with no conflict.

Her husband Alex Serfaty is the Director for Global Public Policy at Access Partnership. He is the son of Gail F. Serfaty and Simon H. Serfaty. He is a recognized leader in public policy, international level and economic development with proven success for Fortune 500 companies, start-ups and not profits worldwide.

He was appointed as the first TPN (Transatlantic Policy Network) Fellow and was named as one of the Top 99 under 33 Young Foreign Policy Leaders by Diplomatic Courier magazine.

His work has been appeared in Bloomberg, The Daily Caller, and Europe’s World, among other US-European-based outlets and publications. 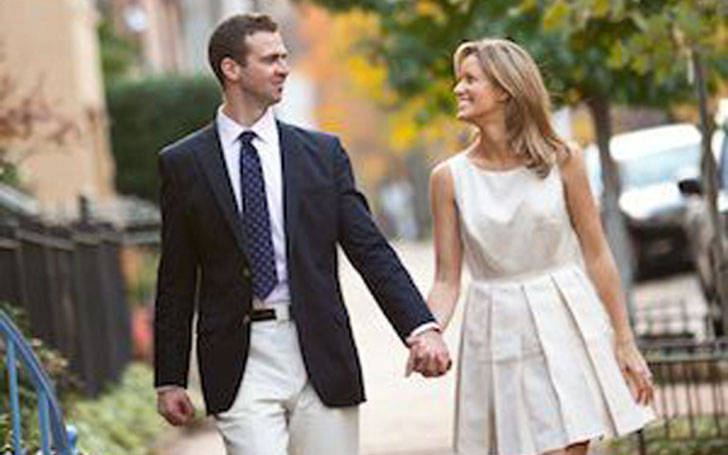 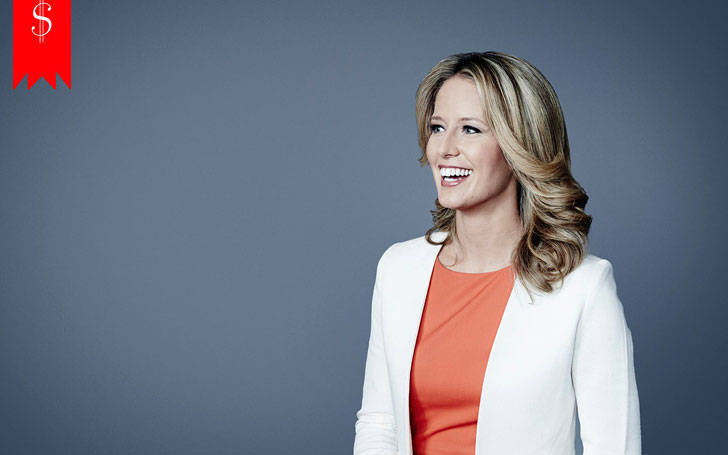 How Much Does Sunlen Serfaty Earn? Explore More About Her Net Worth And Property, Here