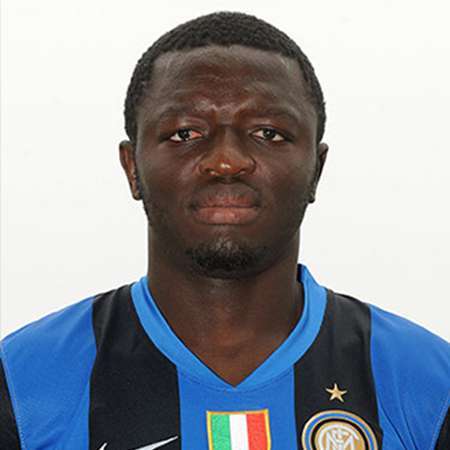 Sulley Muntari, full name Suleyman Ali Muntari is a Ghanaian footballer who is playing as a central midfielder  for the current team of Italian club A.C. Milan and the National team of Nation Ghana. He was born in 27 August 1984 in Konongo, Ashanti, Ghana .

Muntari  joined Liberty Professionals for his youth career, and while playing for them, he became the regular member of Ghana U20 team. He did a impressive performance in trail with Manchester United but ended up joining Udinese, a Italian club in 2001. He spent his first season with the club as a reserve. He first appeared for the club on 6 November 2002 in a match against A.C. Milan. He played with Udinese for five season and left for Portsmouth in 2007. He was signed in five-year contract with Portsmouth for a new club record fee around £7.1 million. He played with the club only for a year and on July 2008, he moved to Inter Milan and wore No.20 jersey previously worn by Alvaro Recoba. He played with the club until 2011, and Muntari requested the director of Inter Milan for transfer. He was then on 2011, loaned to Sunderland to play until the end of the season. Muntari joined A.C. Milan on a loan on January 2012. He played in Milan for loan until 2012 and after the contract expired he was signed for Milan on a free transfer.

As a youth he joined Ghana’s National Youth Team when he was chosen for the 2001 FIFA Youth Championship in which Ghana took second place. He got his first cap in the senior team in a match against Slovenia on 17 May 2012 and became the regular squad for the team.He played for the national team in 2006 FIFA World Cup Germany. He also appeared in the 2008 African Cup of Nations, and his goal in a match against Guinea was voted as one of the Best Goals of the Tournament. He was also voted as an All-star player.

Muntari’s Spouse is Menaye Donker, a Ghanaian Businesswomen who was his Girlfriend .Their Wedding was in December 2010. He is committed to Muslim. He also does fasting during the Islamic month of Ramadan. Sulley Muniru is his Siblings who plays for CFR Cluj in the Romainian Liga I.

His team play with Portsmouth  a s sisted them win FA Cup in 2008.