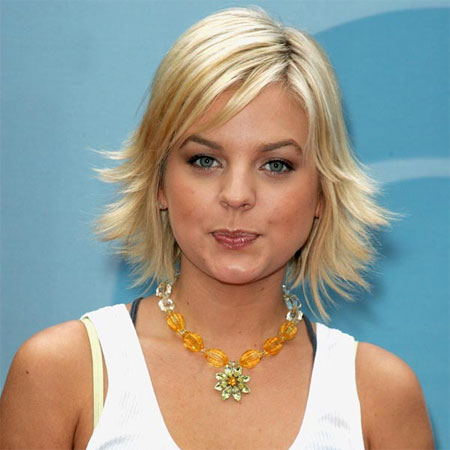 Kristen Renee Storms was born on 8th April 1984 in Orlando, Florida, United States. She is an American actress as well voice actress. She is better known for her work in Zenon trilogy as Zenon Kar, and Johnny Tsunami as Emily. Her father Mike storms is a BCS affiliate sportscaster and her mother is Karen Storms. She has two siblings; a younger sister and a brother.

When she was very small, Kristen Storms convinced her parents to send her in acting classes. She then was discovered by a talent scout when she was only five years old. The talent scout suggested her to get into an intensive children’s acting camp which was in Catskill in New York. Her first commercial role was for Galoob Baby Doll. After she appeared in a number of commercials, she appeared on ABC’s series named Second Noah in a recurring role and as a leading role in another series named Sing Me a Story with Belle.

When Kristen Storms was twelve years old, she moved to Los Angeles, California, with her family. After that, she got a recurring role on The WB’s program named 7th Heaven. From 1998 to 2001, she appeared in three episodes. Then, she appeared in the Disney Channel’s original film entitled ‘Zenon: Girl of the 21st Century’ as a title character.

She then continued to work in television movies like ‘The Trojan Horse’ which is a Hallmark production. Kristen Storms has also appeared in a supporting role in the film ‘Johnny Tsunami’, a Disney’s movie, as well as given her voice in an animated series named ‘Kim Possible’, which is also a Disney’s animated series. On August 5, 1999, Kristen signed a five-year contract on NBC daytime drama named ‘Days of Our Lives’. The final episode of the series aired on 15th July 2004.

In the same year, Kristen Storms appeared in a prime-time television series named ‘Clubhouse’ which was aired on CSB. The show was produced by Aaron spelling and directed by Daniel Cerone. Only after the 5 episodes, the show got canceled. In the following year, on 23rd May, she portrayed a soap opera ‘General Hospital’ on the ABC as Mariah Maximilian Jones.

For her role in the soap opera, Kristen Storms got nominated for Emmy Awards. In the year 2015, she has also appeared in the soap opera named Winterthorne as a character named Selene Winterthrone.

On September 7, 2017, Kirsten stopped by California Highway Patrol for throwing a lit cigarette out from the window of her Mercedes. When she failed the sobriety test, she was arrested for DUI. On the test, her blood contained above 0.13 alcohol content while the limit is of 0.08. In November 2007, she was claimed to the charges and paid $1,643 fine and completed 90-day alcohol program.

In 2013, Kristen Storms started an affair with an actor named Brandon Barash. Her boyfriend was her former co-star in General Hospital’. The couple stated to a magazine named People that the couple had already married in June and are expecting their first child.

On January 7, 2014, it was confirmed through Barash’s Twitter account that Kristen Storms gave birth to a baby girl and they named her Harper Rose Barash. She is a close friend with an actress Kelly Monaco. The net worth of Kirsten is $ 3 million.