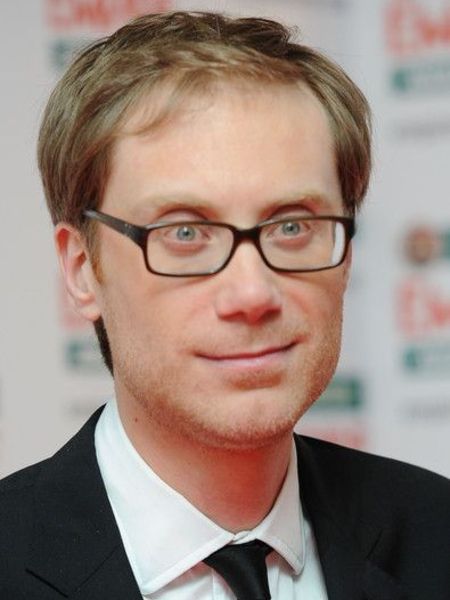 Stephen Merchant is an English actor, comedian, writer, director, producer, and presenter. He was the co-writer and co-director of the British sitcom The Office and an executive producer on the US version alongside Ricky Gervais. He is also the co-creator of Lip Sync Battle and has starred in sitcoms like Extras and Life's Too Short.

How Old Is Stephen Merchant? What Is His Height?

Born and raised in Hanham, Bristol, England, Merchant attended Hanham High School and earned his Bachelor of Arts degree in Film and Literature from the University of Warwick in 1996.

Who Is Stephen Merchant's Girlfriend?

Stephen Merchant lives with his partner, Mircea Monroe, an American actress known for movies like Cellular, House of the Dead 2, Just Friends, The Change-Up, and Magic Mike, and TV series like Episodes, Hart of Dixie, Impastor, and Sing It! 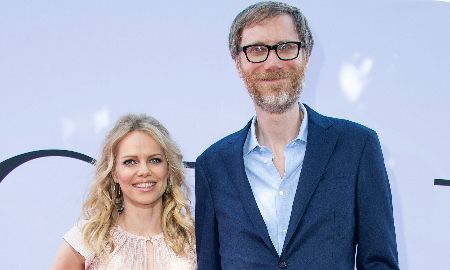 They have been linked together since as far back as 2017 and split their time between  Nichols Canyon, Los Angeles, California, and London, England.

What Is Stephen Merchant Known For?

Stephen Merchant began his career as a stand-up comic. In 1997, he met Ricky Gervais who offered him a position as his secretary.

They co-wrote and co-directed the British mockumentary sitcom The Office. They have since been frequent collaborators, co-hosting the award-winning podcast The Ricky Gervais Show and executive producing the US adaptation of The Office starring Steve Carell.

Merchant went on to co-write, co-direct, and co-star alongside Gervais in the sitcoms Extras and Life's Too Short, both on BBC/HBO. He was the brain behind what would be Lip Synch Battle.

On the big screens, he has most notably played the mutant Caliban in the 2017 superhero movie Logan starring Hugh Jackman and Hugh in the retired WWE wrestler Paige's biopic Fighting with My Family.

How Much Is Stephen Merchant Worth in 2021?

According to celebritynetworth.com, Stephen Merchant has a net worth of $40 million as of March 2021. He currently resides in a $3.16 million Beverly Hills mansion that was previously owned by Ellen DeGeneres.