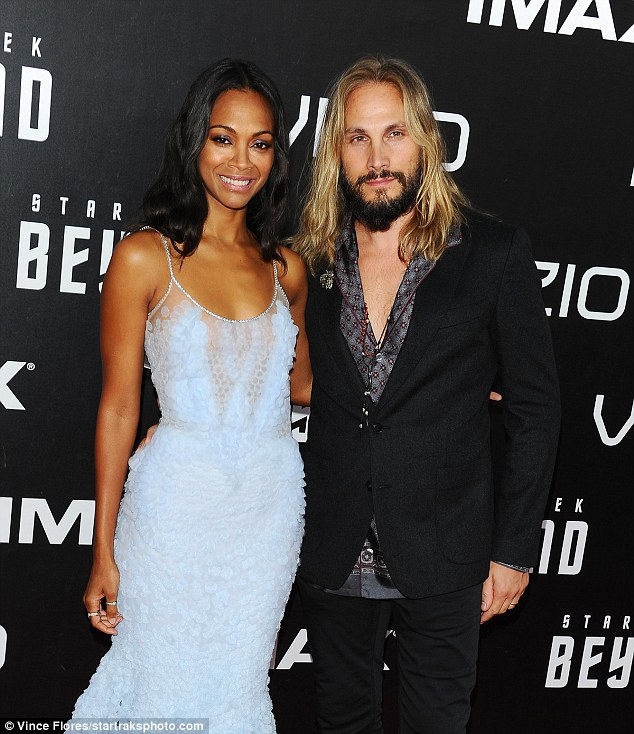 Zoe Saldana Perego, also known as Zoe Saldana is a famous American actress and dancer.  Zoe is has got lots of amazing moment for celebration for her movie star trek beyond, releasing on July 22, 2016, and her husband Marco Saldana became the U.S Citizen. On her Instagram, she wrote, Marco has been dreaming about this moment for a long time it was a process -as it should be, we are finally here.

When Zoe’s husband Marco came to the United States for the first time, Marco washed dishes for a living, until his professional career started as painter and artist. Zoe and Marco secretly got married in 2013 and he took her last name and she is supporting her Italian born husband to be an American citizen.

Before Marco’s arrival in Zoe life, in 2011 Saldana was engaged with her longtime boyfriend Keith Britton, and in 2011, they had ended their long relationship after 11 years together. In 2011, she dated actor Bradley Cooper for just 2 years, and in 2013 Marco and Saldana's relationship started. They have 2 sons. Saldana and Marco have twins sons. Bowie Ezio Perego Saldana and Aridio Perego-Saldana.

Zoe Saldana is best known for her fine performance in the movie such as Pirates of Caribbean: The Curse of the black pearl, The Star Trek, and Avatar. Recently her movie Star trek beyond has released. The total production budget of the movie star trek beyond is  $185 Million and Total domestic gross released is $22.5 Million.

Marco Perego's total net worth is not specified yet but total Net worth of Zoe Saldana is around $20Million and annual income is around $2 million.

Her recent possession is the new Audi A8, Powered by 4.2 Liter direct injected engine with 372 Horsepower which has some of the latest high-tech features. Zoe Saldana bought $8.7 Million home in Los Angeles.