Who Is River Monster's Jeremy Wade Dating? The Television Personality Is Notoriously Private

American wildlife documentary, River Monsters is one of the most viewed shows in both Animal Planet and Discovery Channel's history and the credit to its success goes to the host of the show, Jeremy Wade. He traveled to many parts of the world in search of the most fearsome freshwater killers.

Watching Wade on television since 2009, his personal life has always been overshadowed by his professional life. For a change let's focus on the relationship and affairs of the fearless biologist.

Is Television Personality Jeremy Wade Dating Anyone? Or Is He Married?

Jeremy Wade is quite private when it comes to his personal life. The 62-year-old River Monsters star hasn't introduced anyone as his girlfriend to date.

Also, as per his personal website, he is unmarried. Probably, Wade is still single at present. 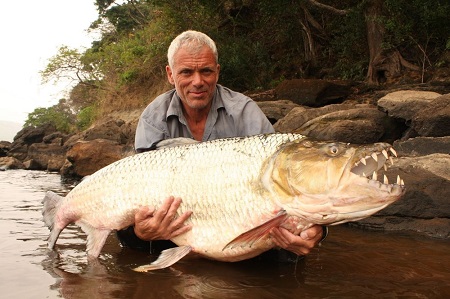 It seems Wade is too busy with his adventures and maybe he feels more comfortable being single as he often travels.

Always looking for new adventure, Wade barely has time to meet his parents and maintain contact with them. It could be the very reason that he is avoiding getting involved in any affairs or relationship.

As per some sources, Wade once tried to settle down and get a job, however, he quit few weeks after his girlfriend broke his heart calling him a “Waster.”

The television personality once said in an interview:

“I’d prefer to be in some remote part of the world with not much in my pockets and not know what I’m going to be doing the next day.”

Well, it seems like Wade doesn't want to be bounded by marital obligations as he lives a non-materialistic life and being a husband and father is not his cup of tea. His topmost priority has been fishing since his childhood and has traveled most part of the world in search for the most mysterious fishes.

Jeremy Wade's Career Highlights: Know About His Journey And Adventures

Wade was interested in fishing since his childhood and started fishing from the age of seven or eight on the banks of River Stour.

After reading an article about fishing for mahseer, he got inspiration to travel and made his first abroad trip to India to explore India's mountain rivers in 1982 and since then he has traveled to the world's most remote rivers including Southeast Asia, Zaire, Mekong, Congo, the People's Republic of Congo and the Amazon. 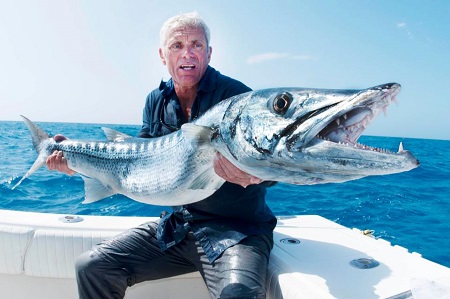 CAPTION: Jeremy Wade who began fishing form the age of seven or eight is best known for his show, River Monsters SOURCE: The Sun

Wade started his television career from American wildlife documentary show on Animal Planet, River Monsters in 2009 and now it is one of the most-watched shows on Animal Planet and Discovery Channel. The show last aired on 28 May 2017. He also appeared in a science fiction horror film, Blood Lake: Attack of the Killer Lampreys in 2014.

During his 36 years of journey, Wade worked as a substitute teacher, motorcycle dispatch rider, a tour guide, Portuguese-English translator, news reporter, public relations consultant, dishwasher and writer for magazines like The Times, Guardian, BBC Wildlife magazine, etc. During his adventures he faced many hardships like suffering from malaria, getting arrested for spying and even survived a plane crash.

Also, he is an author of books like Somewhere Down The Crazy River and River Monsters: True Stories of the Ones that Didn't Get Away.