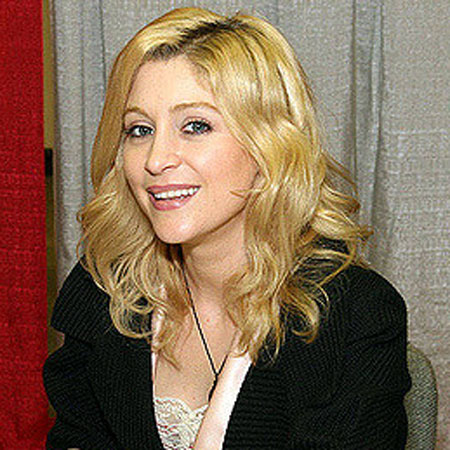 American actress, Staci Keanan is best known for her portrayal of Nichole Bradford on the NBC sitcom My Two Dads from 1987-1990. She has won Young Artist Award for Best Young Actress Starring in a New Television Comedy Series in 1988, for her work in My Two Dads. The actress is also known for her work on the ABC/CBS sitcom Step by Step.

Staci Keanan was born Anastasia Sagorsky on June 6, 1975, in Devon, Pennsylvania, US. She was born to parents Jacqueline and Irv Sagorsky. Her father worked as a car salesman. Staci’s mother is dead. She spent most of her childhood days with her sister, Pilar. Staci was raised a devout Catholic.

Staci’s modeling career had begun at the age of 5. She appeared in various commercials for Burger King, Hershey’s Kisses, and My Little Pony. She soon shifted to New York City with her mother and sister.

Staci Keanan made her debut in the TV arena in 1987’s I’ll Take Manhattan as character Angelica Cipriani. Soon, Staci came into the limelight when she was cast as character Nicole Bradford in My Two Dads. She appeared in 60 of its episodes from 1987 to 1990 sharing the screen along with Paul Reiser, Greg Evigan, and more.

Keanan was cast as Lindsay Bowen in the TV series, Going Places in 1990. She has appeared in 22 of its episodes. In 1991, Staci was cast as Dana Foster in TV series, Step by Step and appeared in 159 episodes. She is also credited for her appearance in TV series like Boy Meets World, Lois & Clark: The New Adventures of Superman, and more.

Staci Keanan made her movie debut in the 1990’s Lisa as character Lisa. Since then she has appeared in movies like Nowhere, Sarah’s Choice, You Again, Death and Cremation, and more.

Her last TV project was Diagnosis: Murder in which the actress appeared as a Cindy Garrett along with Dick Van Dyke, Barry Van Dyke, Victoria Rowell, and among others.

According to many sources, the 5ft 3 inches tall Staci Keanan is known to have an estimated net worth of $1 million arising out of her work in My Two Dads, and Step by Step. He is now a deputy district attorney and is paid $88868 as an annual salary.

The actress has played a number of major roles in commercially successful movies. In 2010, she was a cast in the movie You Again which grossed a whopping box office collection of $32 million against a production budget of $20 million along with Kristen Bell, Jamie Lee Curtis, Sigourney Weaver, Odette Yustman, and Betty White.

Staci Keanan has been honored and awarded many times for her contribution to the movie and TV arena.

Who Is Staci Keanan's Wife?

Staci Keanan is a married man. He tied the knot with his wife Guy Birtwhistle on February 11, 2017, at a private wedding ceremony. The couple first started dating on September 27, 2008.

It has already been eight years of their relationship. The couple eventually married in 2017 after nearly a decade of relationship.

It has already been 8 days of their marriage but has not revealed their plans about the honeymoon and other vacations. The couple also yet to become a parent to any child.

Staci Keanan Has a Soft Spot For Animal

Staci Keanan is an avid animal lover who has a great attachment to the dog and cat especially. He has a golden retriever named Wally and a cat named Fatty.