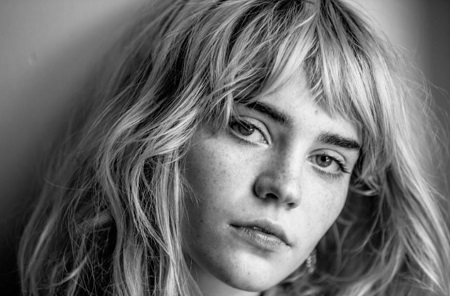 Sophie Thatcher is an American actress who is well recognized for her starring role as Cee in the science fiction film Prospect. The 21-year-old has also made notable appearances in the TV series The Exorcist and Chicago Med.

Sophie Thatcher was born Sophie Bathsheba Thatcher in 2000 in the United States of America. She possesses white ethnicity, and her nationality is American.

She was raised with her twin sister, Ellie Thatcher, and an older sister, Emma Thatcher. She began singing and acting at the early age of four.

As per her education, she was schooled at Nichols Middle School based in Evanston, Illinois. She graduated from Columbia College Chicago.

Sophie kick-started her acting with the short film Growing Strong in 2015.  A year later, she appeared in two television series; Chicago P.D. and The Exorcist.

In 2017, she was featured in the short film Deb's House. She played Cee in the feature film Prospect in 2018. The same year, she made an appearance as Deidre in the medical drama series Chicago Med. 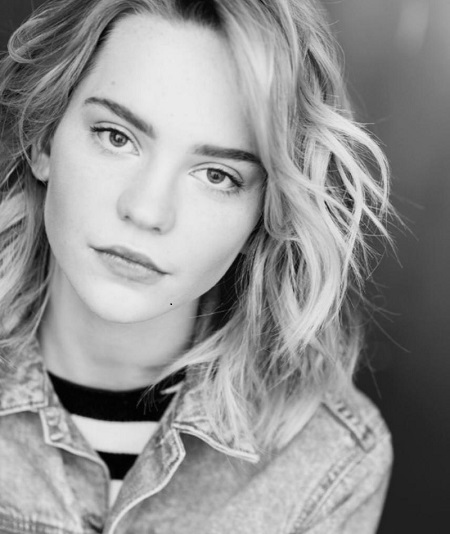 CAPTION: Young actress Sophie Thatcher has grabbed many successful projects during her short career which includes shows like The Exorcist and Chicago Med.  SOURCE: MUBI

She went on to star as Jeanine in the drama film The Tomorrow Man in 2019. The film by directed by Noble Jones and stars actors like John Lithgow, Derek Cecil, and Katie Aselton.

The following year, she starred as Becky Monroe in the streaming TV series When the Streetlight Go On alongside Chosen Jacobs, Ben Ahlers, Tony Hale, and Sam Strike.

Thatcher is set to appear in the upcoming TV series Yellowjackets.

How Much is Sophie Thatcher Worth?

As of April 2021, Sophie Thatcher is assumed to have an estimated net worth of $500 thousand. She mostly adds a decent sum from her professional career in acting.

She has worked in feature films like Prospect, The Tomorrow Man, and TV series like Chicago Med, The Exorcist, and When the Streetlights Go On.

The average salary of actors is between $45,000 and $51,000 per annum in the United States. So as predicted, she might have a similar amount of paycheck.

Sophie Thatcher, 21, is possibly single and isn't dating anyone at the moment. The Prospect star hasn't disclosed anything related to her dating life and boyfriend. She lives a very low-key life. 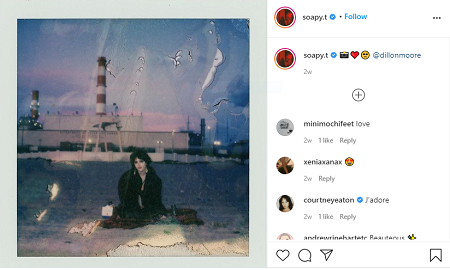 CAPTION: The young star is quite active on Instagram where she shares mostly about her upcoming and ongoing movies and tv shows SOURCE: [email protected]

Additionally, she seems very focused on her prolific acting career rather than getting involved in a love relationship. She often posts pictures on her Instagram handle @soapy.t, which has gained 25k followers as of now.