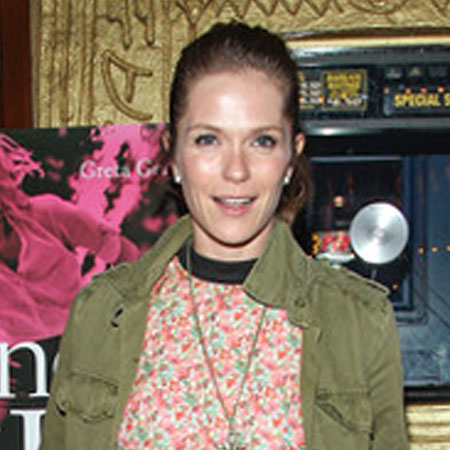 Katie Aselton is an American actress, film director as well as a film producer. She is well known for portraying Jenny on the hit FX series The League. Katie won the Miss Maine Teen and the first runner up in the Miss teen USA in 1995.

American Katie Aselton Grew Up Along With Sister Mary

Katie Aselton was born as Kathryn Aselton on October 1, 1978, in Milbridge, Maine, U.S. She belongs to white ethnicity and holds an American nationality. Katie is the daughter of Carl Aselton and Ora Aselton. She grew up with her sister Mary in Milbridge.

Katie joined Narraguagus High School in Harrington where she graduated in 1996. During high school, Katie participated in various beauty competitions.

Katie attended the Boston University of Communications for her college study in Massachusetts. She also enrolled at the American Academy of Dramatic Arts in New York in 2003.

Katie Aselton made her debut in the TV series Undressed in 2001. She also appeared in the short film Scrapple as Amy. In the year 2005, Aselton appeared in road movie mumblecore The Puppy Chair as Emily which was written and directed by Jay Duplass and Mark Duplass.

The same year, Aselton appeared in the short film The Intervention alongside with Steve Zissis. In 2009, Aselton featured in American television comedy series The Office as Glove Girl Episode of Blood Drive. The same year she played as Nicole in American drama film Easier with Practice.

In the year 2010, Aselton co-starred and directed independent film The Freebie which was a category at the Sundance Film Festival in 2010. In 2016, Aselton appeared an American comedy-drama television series Togetherness as
Anna aired on HBO cable which was created by husband and brother in law.

Katie has many sources of earnings including acting. Her current net worth around be $2 million. Similarly, she has a shared net worth $3 million along with her husband. So the combined net worth of married couples is $5 million.

Katie Aselton married the love of her life Mark Duplass in 2006. Mark has said numerous times that he feels blessed to have such a supportive wife, Katie.

Her husband Mark is an American film director, film producer, actor, musician, as well as a screenwriter. Mark is a brother of the American director, writer, and actor Jay Duplass.

The couple started dating on New Year's Eve in 2001 and even shared their first kiss that day. They both attended Boston University during the same period but did not meet there.

Katie and Mark are blessed with two daughters named Molly (born 2012) and Ora Duplass (born December 24, 2007). According to some sources, the couple is planning to have more children.

They were also together co-stars in the show called The League.