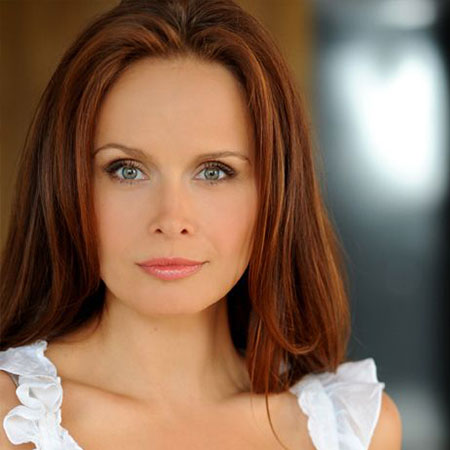 Finnish-Canadian actress Sonya Salomaa is known for her appearances in House of the Dead (2003), The Collector (2004), and Watchmen (2009). Further, she was nominated for an award for the Leading Actress in a Television Series at the Monte Carlo Television Festival in 2006.

Sonya Salomaa was born in 1974 to mother Claudia Ranchie and father Rainer Salomaa in Sudbury, Ontario, Canada. Her mother was born in Canada and owns an upholstery business while her father belongs to Finnish descent and is a minister in the Finnish town of Ii, Northern Ostrobothnia. Sonya also has an older sister, Tammy who is married with two children.

Further, she was a part-time employee during her university days when she worked various different jobs including brush cutting trees, mapping, research, and engineering. Moreover, she went to Victoria to sing and play guitar at "open mikes" to be more creative during her last summer break.

Talking about her career, Salomaa’s first role came in 2000 TV movie, 2gether, however, she was uncredited in the movie. The same year, she appeared in an episode of 2gether: The Series.

In 2003, Salomaa made her big screen debut in German-Canadian-American action horror film, House of the Dead as Cynthia, starring Erica Durance, Clint Howard, and others. Also, she was cast in National Lampoon's Barely Legal as Cocktail Waitress, and Firefight as Rachel in the same year.

In addition, Salomaa made her notable appearances in several TV series such as
UC: Undercover, Dead Like Me, All She Wants for Christmas, Malibu Shark Attack, R.L. Stine's The Haunting Hour, and many others. Her movie credits include MXP: Most Xtreme Primate, and Odysseus and the Isle of the Mists, among others.

To add to this, Salomaa was also nominated for the Leo Awards for Best Lead Performance by a Female in a Motion Picture for her performance in Space Between. She was cast alongside Amy Jo Johnson, Julia Sarah Stone, and many more in the movie.

As of 2019, Sonya Salomaa’s net worth is still under review, but as an actress, she might earn thousands of dollars. Moreover, the average annual salary of an actor in Canada is $22,718 per year which may vary according to their performance and experience.

She is believed to have earned a greater amount of money from her career as she has been part of several successful movie and television series. Her movie, Watchmen was made with a budget of $130-138 million, and it collected a whopping $185.3 million at the Box Office.

Sonya Salomaa, aged 55 (2019) was married to Warren Christie. Her husband is a London-born Canadian actor, who is known for his roles on the ABC drama October Road and on the ABC series Happy Town.

Christie proposed to his longtime girlfriend Salomaa at the Eiffel Tower before they tied the knot on January 7, 2006.

We have presented a short video of Sonya Salomaa that shows her at the Edgewater Casino in Vancouver.